One of the things that pops up again and again in researching World War 2 (WW2) is how certain “narratives” get established in the historical record. Narratives that often are no where near the ground truth found in primary source documents of the time, but serves the bureaucratic “powers that be” in post-war budget battles. These narrative are repeated over and over again by historians without validating these narrative against either that theater’s original wartime documents or those of other military theaters. That is why I said the following:

“Reality lives in the details. You have to know enough of the details to know what is vital and to be able to use good judgement as to which histories are worthwhile and which are regurgitated pap.

Today’s column will take that “Reality lives in the details” methodology, modify it slightly, as I did in my 12 July 2013 column “History Friday — MacArthur’s Fighter Drop Tanks,” and use it for “Deconstructing the P-51 Mustang Historical Narrative” that emerged from the American strategic bombing campaign in World War 2.

The narrative of the P-51 is how it won the air war over Europe through the accidental combination of private venture American airframe technology and the Merlin engine of the British Spitfire, which was championed by a Anglo-American guerrilla clique of fighter pilots, government bureaucrats and politicians over the anti-British, not invented here, USAAF procurement bureaucracy. Figure one below is the official historical narrative for the P-51 Mustang in a range/performance map.

(NOTE: Left clicking on each figure three times will cause the original image of each figure to appear on your monitor.)

This P-51 versus other fighter range/performance graph comes from page 128 of a chapter titled “How to Win Command The Air” in Paul Kennedy’s recent book “Engineers of Victory.” It from the official victory narrative of the US Army Air Force Heavy Bomber Clique, the so-called “Bomber Mafia.” which was the leadership faction of bomber pilots that controlled the USAAF, lead the fight over Europe and the founded the US Air Force as a separate military service.

You see versions of that chart through out post war institutional histories like Wesley Frank Craven and James Lea Cate’s, six volume “The Army Air Force in World War II,” and more recent works like the 1992 Richard G. Davis biography, “Carl A. Spaatz and the Air War in Europe” (See figure 2 below the fold).

It also happens that, when you drill down to the wartime source documents, the “P-51 narrative” that map represents is a very good example of selectively telling the truth to create a complete fabrication. A fabrication meant to hide those same bomber pilot generals from political accountability for their leadership failures. Roughly 2/3 of all battle deaths the USAAF suffered in WW2 were in Europe during the strategic bombing campaign. It was a statistically true statement to say a U.S. Army combat infantryman in North Africa, Sicily and Italy, from late 1942-to-winter 1944 had a greater chance of surviving combat than a B-17 crewman of the 8th Air Force.

Most of those deaths were demonstrably unnecessary.

The Battle of Britain in 1940 made clear that killing enemy fighter pilots faster than well trained replacements can arrive is how one achieves air superiority. The key innovation that created air superiority over Europe wasn’t the technical and organization triumph that Kennedy describes with the introduction of the P-51 into combat. It was a _doctrinal change_ that allowed the use of existing fighters with droppable auxiliary fuel tanks. Fighters with drop tanks were used in three shifts to cover the bomber formations during a. Penetration of enemy air space, b. At the target area and c. During withdrawal, too which the long range P-51 was added. The three shift fighter escort doctrine allowed USAAF fighters to drop fuel tanks and dog fight for 30 minutes with full engine power with German fighters, while still protecting the bombers. Enemy fighters that attacked American fighters were not attacking US bombers, and enemy pilots dying in such fights did not come back to kill anything.

Recognition of the need for this doctrinal change was only possible after the Bomber Mafia’s Air Corps Tactical School (ACTS) approved self-escorting heavy bomber doctrine failed the test of combat during the 14 Oct 1943 Schweinfurt–Regensburg mission over Southern Germany. 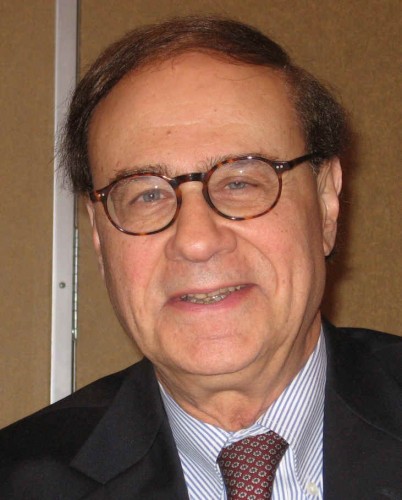 John Fonte’s thoughtful review of America 3.0 is entitled “E Pluribus Bonum.” Mr. Fonte is paraphrasing the motto of the United States, E Pluribus Unam — one from many. He is saying from many, the good.

Mr. Fonte’s professional concern in many of his writings has been on immigration, assimilation and national culture. And he correctly notes that we argue that America has indeed formed something good out of the many who have come here. We note the extraordinary assimilative powers of the American people, and of the Anglosphere generally in our book.

In America 3.0, we answer that question.

“Our American culture today,” Bennett and his co-author, Michael J. Lotus, tell us, “is part of a living and evolving organism, spanning centuries.” At the center of that culture is the American nuclear family. In the American nuclear family (as opposed to the traditional extended family), individuals are free to select their own spouses; grown children leave their parents’ homes and form new households; women enjoy a high degree of freedom compared with those in other cultures; children have no legal right to demand any inheritance from their parents; parents have no legal right to demand support from their adult children; and people have no right to expect help from their relatives.

The consequences of the American type of nuclear family, according to Bennett and Lotus, are that Americans are more individualistic, entrepreneurial, and mobile than other peoples. Suburbia is a major consequence, as American nuclear families prefer dispersed single-family homes over dense urban arrangements. Despite what they admit are “chaotic” changes in American family life, Bennett and Lotus do not “anticipate a basic change in cultural attitudes” that are “shaped by upbringing, language, institutions, and unconscious patterns of behavior that take centuries to form.”

Applying their anthropological-historical analysis, the authors note that the nuclear family emerged among the English. Bennett and Lotus state explicitly that the English family type became the American-style nuclear family, and this “underlying Anglo-American family type was the foundation for all the institutions, laws, and cultural practices that gave rise to our freedom and prosperity over the centuries.”

Mr. Fonte concludes on this note:

Bennett and Lotus have produced a very important evergreen book making a strong case for their myriad arguments. Interest among the conservative intelligentsia should be intense. There have already been endorsements from Glenn Reynolds, Michael Barone, Jonah Goldberg, and John O’Sullivan. Rebuttals from our friends at the Claremont Institute are sure to come: As Straussians rather than Burkeans, they will insist that politics (the Declaration of Independence) trumps culture (the nuclear family).

We are grateful to Mr. Fonte for his encouraging review. RTWT. 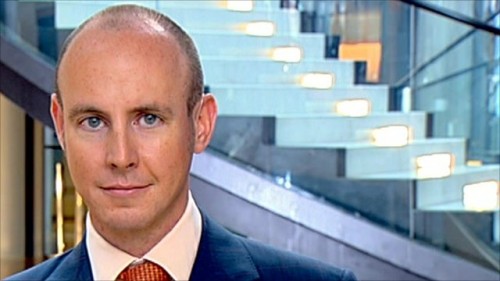 Daniel Hannan‘s wonderful review of America 3.0 is entitled “America’s greatest days lie ahead – provided she is true to herself.” This is a sentiment with which we heartily agree.

Mr. Hannan understands and concurs with the both the letter and the spirit of our book. For example, he shares our fundamental optimism:

A generation from now, Americans will be richer, more leisured, healthier and longer-lived than ever. That sentence could have been written at any time since the Mayflower landed (at least of the settlers; it was a different story for the indigenous tribes). It would always have prompted scepticism; and it would always have been true.

These days, it is a sentiment we rarely hear, which is all the more reason to pay attention when we do. In America 3.0: Rebooting American Prosperity in the Twenty-First Century, James C. Bennett and Michael J. Lotus begin by conjuring a cheerful vision of the United States in 2040.

… such a vision may look naïve. But when we ponder human history up to the present, it’s entirely plausible.

Mr. Hannan also agrees with our argument regarding the critical importance of the absolute nuclear family.

The point of the book is not to laud or criticise the Anglosphere’s nuclear family, but to show why it is immediately responsible for the individualistic culture that we share with only a handful of lands (notably the Nordic countries and the Netherlands). It made possible capitalism, because economic relationships were primarily mediated through cash rather than family obligations. It facilitated the industrial revolution, because people did not feel tied to their family plots. It opened up vast new landmasses to settlement, as children set out to establish their own nuclear families. It encouraged the assimilation of immigrants, who could make their way as individuals (though some first-generation Americans understandably struggle to adjust to the unfamilial attitudes of their children). It explains why we hanker after our own little plots, instead of living in neatly stacked apartments – or, to flip it about, it explains the suburbs that foreign visitors find so ugly and vulgar.

And go ahead and preorder Mr. Hannan’s forthcoming book, Inventing Freedom: How the English-Speaking Peoples Made the Modern World. Mr. Hannan tells he draws on many of the same sources we do, and we are eager to see his take on the history.


If all goes well, I will be arriving at MIA on American 1665 from Port-au-Prince at 3:35 PM local time this Saturday. The plan, such as it is, is that I call Jonathan once I am through customs. I somewhat inappropriately made reservations for lodging much closer to FLL, just because I like the place (Villa Europa in Hollywood) and haven’t had the chance to stay there in a while. So anyway, southern Floridians interested in a probable wide-ranging and somewhat ethanol-assisted discussion (#civilsociety #crisisof2020 #statefailure #younameit) are encouraged to contact Jonathan and … figure something out. Hey, I have people for that.

There is a profound moral dimension to the photos and videos coming out of Kenya.

There is a huge message about the nature of our terrorist enemy that will resonate with the Western public in much the same way that pictures and video from Sarajevo did in the 1990s vis-a-vis the Serbs.

This Al Shabaab atrocity for publicity and fund raising will cost them and their Islamist co-belligerents far more in the long run.