(From the second collection of the Luna City Chronicles, which I hope to bring out early next month, and will be taking orders for as soon as I have a cover completed. The second collection concerns the long-sought-after Mills Treasure, and the movie being shot on location, and features the usual cast of Lunaites, plus a bad-tempered and notoriously unsuccessful treasure hunter, a suspect movie production company, and an old friend of Richard, the runaway celebrity chef, tracking him to his current location.)

The Age of Aquarius Campground and Goat Farm celebrates their 48th anniversary this year at mid-summer – a well-established institution after a rocky beginning during the Summer of Love. And rocky would be the correct term to describe the original property; five forlorn and overgrown acres in a gentle bend of the San Antonio River, a bare quarter-mile from the pleasant little town of Luna City. The property was in the distant past, a part of a generous tract granted by Spain to Don Diego Manuel Hernando Ruiz y Gonzalez or Gonzales. Over the last quarter of the 19th century, much of the tract was sold off to various new owners, including the family of Morgan P. Sheffield, a moderately well-to-do gentleman from Philadelphia. Morgan Sheffield was diagnosed with tuberculosis around 1895 and advised to move to a more temperate climate for his health.

While the climate of South Texas proved to be restorative to Mr. Sheffield’s health, the five acres of land was too rocky to farm in a traditional manner and too small to support more than a handful of cows. When the town of Luna City itself was planned, there was some thought given to establishing a hotel and spa on what was undoubtedly a pleasant situation on the banks of the San Antonio River on the outskirts of the proposed town, as attempts to dig a deep well on the site struck a thermal spring of naturally hot water. Unfortunately, that was the last of that run of good luck for nearly seventy years. The San Antonio & Aransas Pass Railroad bypassed Luna City and Mr. Sheffield’s property. The hotel and spa were never built and the hot water well capped. During the 1930s, Mr. Sheffield’s heirs established a small motor court on the property, in the hopes of attracting vacationers; they built a row of small cottages, a combination bathhouse/lavatory built of concrete blocks, and paved areas for travel trailers, in the hopes of enticing travelers on Route 123 between San Antonio and the coast to come and stay for a night or two. However, travelers and campers remained stubbornly un-enticed; the cottages disintegrated through a combination of cheap construction, disuse, and lack of maintenance. The acreage became severely overgrown.

In 1967 the property passed into the ownership of Morgan P. Sheffield’s great-grand-niece, Judith “Judy” Stillwell, a native of Austin, mostly because no one else in the remaining family really wanted it. Judith Stillwell was then a sophomore at the University of Texas at Austin, and the despair of her upright and generally conventional middle-class family. 1968 was the so-called Summer of Love, and all things counter-culture swamped practically every college campus in the land – affecting students like Judy Stillwell and a circle of friends, which included her live-in boyfriend, Sefton Grant. They embraced practically every ‘ism’ going, with near-religious fervor; vegetarianism, pacifism, nudism, paganism, and small-c communism. At the beginning of summer vacation, Judy, Sefton and a group of about forty other devotees – most of them fellow students at UT – conceived a grand plan to establish a New Age commune, where they would all live in harmony with nature. Where to plant their ideal Age of Aquarius? Why of course, the parcel which Judy had inherited, sight unseen, would be perfect. Her family agreed, over considerable misgivings – although they did extract as a condition of their approval and initial monetary support – that she and Sefton marry. Much to the astonishment of the Stillwells, Judy and Sefton acceded to that demand, and were married before a Justice of the Peace within days. 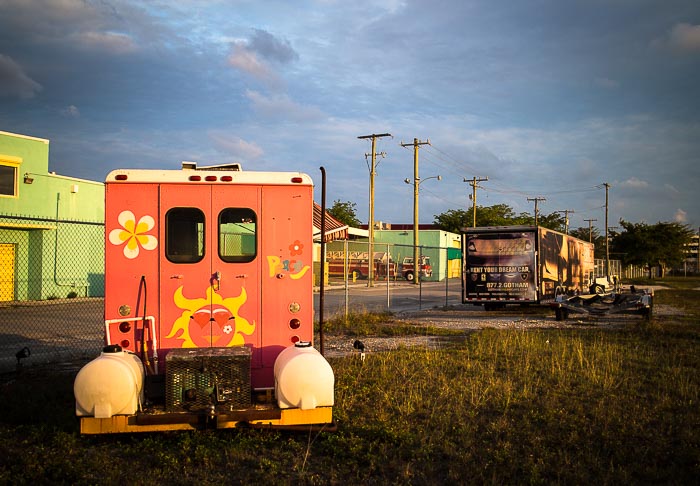 The Chemical Group
These substances benefit the central nervous system, causing it to speed up, slow down, or cross the median strip and flip over. They include:

1. the Alcohol family
2. the Tobacco family
3. the Pharmaceutical family

Because the vitamins from this group are not stored in the body, daily consumption of one or more servings is recommended. Some pharmaceuticals (aspirin, Maalox, etc.) are useful in reducing the side effects of other members of the chemical group and permitting more frequent and thorough use of them.

Firearms and explosives are often associated with this group and are actually regulated by the same federal agency, but they are rarely consumed.

The Grease Group
This is the main part of a healthy diet. You should include five or more servings from this group in your daily intake. Examples include the three C’s of chips (also a good source of salt), chocolate, and cheese. Otherwise objectionable substances such as vegetables can be rendered harmless by dipping them in batter and deep-frying, converting them to healthful grease. Many ethnic favorites, such as Wisconsin-style cheese curds, are prepared according to this method, which enhances their nutritional value. There is considerable overlap with the sugar group, especially in baked goods. Pizza, cheeseburgers, and onion rings also contain good amounts of grease. Chocolate, in the form of chocolate candy, is the queen of all grease, participating as well in the sugar group. White chocolate, it must be conceded, is greasy and sugary. However, it is a pale imitation. It bears the same relationship to real chocolate as phone sex to sex.

The Sugar Group
Another foundation of a healthy lifestyle, sugar is prized by humans and quadrupeds (especially horses) alike, attesting to its natural beneficial properties. Although commonly derived from plants (sugar cane and sugar beets), it is processed to chemical purity as a disaccharide (C12 H22 O11) to the point that its vegetable origin is irrelevant. The sugar group can be usefully sub-categorized as candy (licorice, chocolate, mints, etc.), baked goods (donuts, brownies, Twinkies, Ding Dongs), frozen (ice cream, Milky Way bars), or condiment (hot fudge sauce, maple syrup, plain sugar). Quickly and easily digested, it is a primary source of nourishment.

The Salt Group
Aside from chips, which are properly considered members of the grease family, salt is present in many baked goods such as pretzels. Putting salt on the rim of a margarita glass is a pleasant way to get part of your daily alcohol, and there is not usually enough lime in the mix to be a problem. The nice thing about salt is that it can be sprinkled on nearly everything. Try adding a teaspoon of salt to your blob of ketchup when dipping your french fries.

The Caffeine Group
Although scientifically considered to be part of the chemical group, caffeine delivery systems form such an important part of a healthy lifestyle that they are afforded their own category. Foremost in this group is coffee, plain and simple, and all its derivative forms: lattes, espresso, cappuccino, pousse-cafe’, cafe’ au lait, Irish coffee, and so many more delights. Adding grease in the form of cream and sugar only improves it. The abomination of decaffeinated coffee should not be discussed in polite company. Soda (regional nomenclature varies; pop, tonic, and co-cola are known to be used) often includes generous portions of sugar as well as caffeine. Jolt Cola, the favorite of coders, is especially good, containing extra caffeine, sugar, carbonated water, and mysterious “flavors.” Tea, and its chai derivations, is a junior member of this group. It is sometimes favored by interesting women but is otherwise unremarkable.

… Must be the LGTBYTUVXYZ activist and alleged Christian minister who bought a specially-decorated cake from the Whole Foods store in Austin, and tried to claim that a disparaging message had been iced upon it. The shock, the horror and all of this devastating experience (Devastating, I tell you!) led him to post at length on YouTube, hire a mouthpiece and alert The Media! Very shortly afterwards. So shortly, I reckon it was done at something close to light-speed as the social media cycle goes these days.

Sigh. This in Austin, and at Whole Foods. I can only guess that an HEB bakery counter was just too infra dig, and any Christian-owned bakeries were just too damn far out in the suburbs, and like ick! Straight and white people cooties! Like – he would have to have driven simply miles to have found a commercial bakery outlet which would have delivered a product absolutely guaranteed to live up to all those sweaty social justice warrior fantasies. So pick on Whole Foods … where a video rundown of the staff likely would have looked like the sequence of Roger de Bris’ stage crew in the remake of The Producers.

Brilliant, guy – simply brilliant. And Whole Foods is going to sue; all props to them for not caving.

There may be real hate crimes being perpetuated in these somewhat United States, but anyone paying attention to news reports of them usually must conclude that if they have not been faked outright by the so-called victim, it’s some curious circumstance that has been wildly misinterpreted by hysterics. Discuss.

Can the president decree that a US law be ignored or even reversed if it advances his party’s political agenda? If so, is that not legislating from the Oval Office?

The US Constitution, Article I, Section I:  All legislative Powers herein granted shall be vested in a Congress of the United States, which shall consist of a Senate and House of Representatives.

If the president can grant deportation relief to 5 million immigrants here illegally – for whatever reason – what law cannot be reversed? What law has any meaning?

And what does it say about the current ideological makeup of the court that half the justices think this is a valid and legal course of action for a president? And assuming that Hillary is our next president and will appoint at least one far left justice, what is the likelihood the Constitution means anything at all anymore? Are we moving into the endgame, the first tentative steps of dictatorship, fully blessed and sanctified by the US Supreme Court?