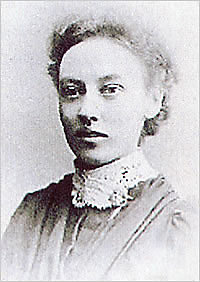 When I was at school we were still given lists of suggested holiday reading (a habit that, I believe, most state schools in Britain have abolished) and M. V. Hughes’s trilogy about growing up and being educated in London figured on them repeatedly. Presumably, there was something wrong with the way these were presented to us because I recall deciding that they were not books I really cared to read. How wrong I was.

A few months ago our co-blogger (and a considerably more active one than I am) Lexington Green e-mailed me about Molly Hughes, her books and how much he was enjoying them. Hmmm, I thought, I had better find out. I was in luck: on three separate visits to Oxford I found her books in the Oxfam second-hand bookshop. The most recent one I read was about her life between the wars in Cuffley, a village just outside London that was, in that period, steadily moving towards becoming a suburb, A London Family Between the Wars.

The question that comes to one’s mind immediately is why is Molly Hughes not better known? Only one of the books is in print: A London Child of the 1870s was reprinted by Persephone Books with a Preface by Adam Gopnik that seems to have missed much that is of particular interest in the books. Amusingly enough, Molly Hughes wrote in A London Family Between the Wars that she distrusted books that needed somebody else’s introduction to tell the reader why he or she should bother with the actual text.

She should be better known for those books and her life ought to be studied. First of all, she is a delightful writer though, apparently, her journalist son Barnholt assured her that her writing was innocent of any literary style. No woman is a heroine to her children.

Secondly, her description of changes in middle class life (lower and professional) in the last years of Victoria’s reign and between the wars is fascinating precisely because it appears to be artless. As it happens, we do know, though it is not clear how, that she made certain alterations in her account. For instance, the volume of childhood ends with her father being killed in a street accident, just as her husband was to be much later. Somehow, it has been established that her father had, in fact, committed suicide having become involved in some financial fracas. Why he thought leaving his wife with very little money and five children to bring up was the desirable course of action is never explained, not even by people who firmly assure us that it was, indeed, suicide that brought his life to an end.

Thirdly, and most importantly, she gives a fascinating account of the development of girls’ education and teacher training, particularly for girls’ schools. Many of the fierce debates we have now about the need for training teachers and what the outcome might be are rooted in those years when Bedford College was a pioneering establishment and Molly Hughes was head of the training department from 1892 to 1897, though she had actually got her BA in Cambridge from what subsequently became Hughes Hall.

One cannot help wondering whether the absence of Molly Hughes from so many discussions of girls’ education and Victorian women’s writing has anything to do with the fact that she expressed no political views, particularly not left-wing ones. In fact, her description of the people who insisted on driving buses and other public vehicles during the General Strike is positively gleeful.

2 thoughts on “Why is Molly Hughes not better known?”