President Biden’s bizarre behavior during media appearances reminds me of something.  The British general Edward Spears, who was Churchill’s personal emissary to the French Army during the campaign of 1940, described a meeting he had with Philipe Petain during the final desperate days of that campaign…his objective being to turn the old general away from his growing defeatist orientation and toward the direction of resistance.  When Spears said that “What France needs today, Monsieur le Marechal, is another Joan of Arc”, the general’s reaction was startling:

To Spears’ consternation (for the military situation was very urgent), Petain began to search for a copy of the speech. Unable to find it, he summoned his chief of staff, who finally found it.  The speech was very, very long, and Petain read it in a monotone.  “I do not think he was really proud of that speech as a great achievement, for he did not caress it by inflections of voice as a sculptor might stroke a statue he believed to be a great work of art.  He was recalling rather the pomp and circumstance of its delivery, the applause, and he wanted to include me in that admiring audience of years ago.”

And when the speech finally ended, Petain pointed out that “Joan of Arc was a peasant of France,” talked about the importance of peasants, and insisted in locating and reading another speech, this one about the French peasants.

“Genuine alarm brought me back to realities.  Time was passing, I had endless work to do.  The London telephone was certainly calling. How could I get away?”

Spears finally made his escape.  But doesn’t Petain’s retreat to his old speeches, and, further back, to his old victories, mirror Biden’s verbal retreat back to the days when he played shortstop, and such?

A month or so earlier, Spears had discussed some of the key players in France with his combative friend, the Interior Minister Georges Mandel.  Concerning Petain, Mandel had been dismissive:

“Surely you have seen for yourself–barely alive–and what there is left is pure vanity. He became a Hidalgo in Spain.”

I don’t think Biden has ever spent any significant time in Spain, but “what there is left is pure vanity” seems like a pretty good description of the man.

(The quotes are from Spears’ memoir Assignment to Catastrophe, a two-book series which is essential reading for anyone interested in the events of that period.)

Greyhound Lines is being acquired by the German company FlixMobility at a cost of $78MM…which seems small for a storied company with a well-known brand name which still provides important services in a lot of places…but I haven’t looked at the financials.  Certainly a much lower number than the 2007 acquisition of the Dog for $3.6 billion.

So, what should FlixMobility do with this property in the current market, economic, and technology environment?

We took a break on Saturday – almost the first seriously cool autumn day – after the Daughter Unit finished prepping at her real estate broker’s office for a property showing on Sunday afternoon. She was home by afternoon, and that was when I told her that the Catholic parish beyond the green belt behind our house was having their fall festival. All morning, I had listened to the sounds of a live band or music on the public address system, and I could look out the kitchen window and see the pavilions set up in the parking lot, and the crowds of people moving from booth to booth. St. H—‘s has staged their yearly event regularly, and we have checked it out frequently: many of our close neighbors attend services there regularly. To our amusement when we heard about this – as well as the amusement of that friend who reported it to us, the parish priest there once preached a sermon on the topic of adapting to new circumstances and specifically mentioned our rooster, Larry Bird, whose crowing the priest could hear across the green belt.

David Foster put up a post linking a site that tracks global ocean freight (and other boats). The ensuing comments were interesting and far ranging. I had started to type this as a comment but it got too long.

The comments for the most part brought up issues with supply chain, a world I am intimately familiar with. We are struggling right now with a massive surplus of inventory at my industrial distribution business. While that sounds like a simple problem to fix (sell it down, duh) it isn’t that easy. Everyone in my industry is hoarding inventory right now – its the new model. Pre Covid, we had patterns that were as old as time. In Spring, we do “this”, in Summer we need to order “these” and so on. Of course manufacturers do the same, and up the supply chain.

With Covid, those patterns are completely blasted out into space, and rather than a nice sine wave looking thing for our inventory, we have severe spikes where we see nothing, or a years worth of product showing up at a time. We don’t dare cancel orders for fear of going to the back of the line. Companies are full now of more and more inept and incompetent people, and good information is very hard to find. When you find a person who is in the know, that in itself is a super valuable thing to have.

Back to the comments of David Foster’s post. Most of them dealt with a part of the supply chain. Last weeks super stupid pronouncements by the Biden administration proved how little thinking and forethought they have. The supply chain problem didn’t happen overnight and their solutions seem to portray that it will be fixed overnight, and we all laugh, of course. I saw something about opening the ports 24/7, having Walmart and Target do something and some more blah blah. Laughable. As if Mayor Pete knows the first thing about transportation. I digress a bit.

When faced with a big problem in my business, or my life for that matter, I break it down into parts and try to tackle the different parts to eventually solve the problem as a whole. You simply can’t take an issue like “Supply Chain”, and make a few pronouncements and make it all better. With an enormous, multi-faceted problem such as the one we are in right now, the solution needs to be comprehensive and flexible. We currently have none of the above and I expect more of that for the future. 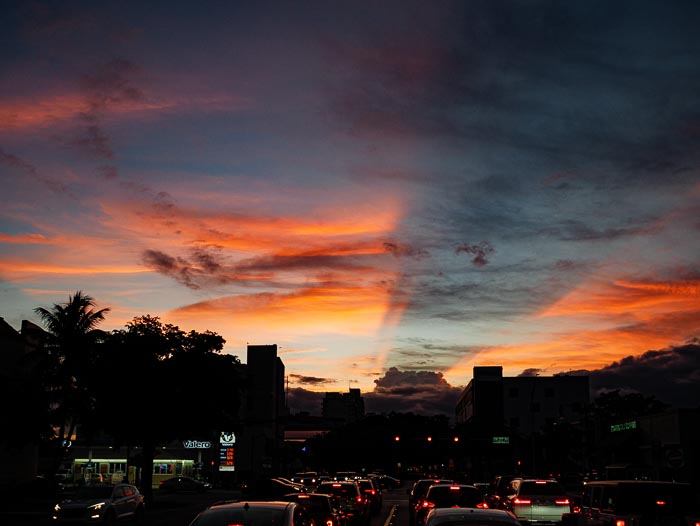