Los Angeles is not famous for its skyline, even though it is recognizable, at least to locals. The nightlife downtown also leaves a little to be desired. Still, there are a couple of cool places, including the BonaVista Lounge, a rotating lounge on the 34th floor of the Westin Bonaventure, hemmed in by 4th Street on the north, Flower Street on the east, 5th Street on the south, and Figueroa Street on the west. The Lounge has a meager offering of cocktails, unfortunately, but you really can’t beat the view: 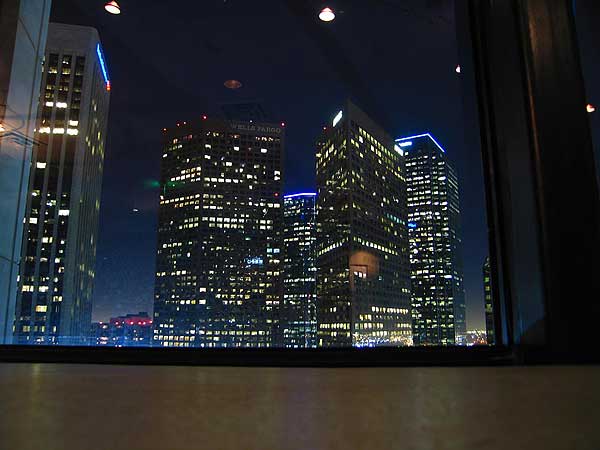 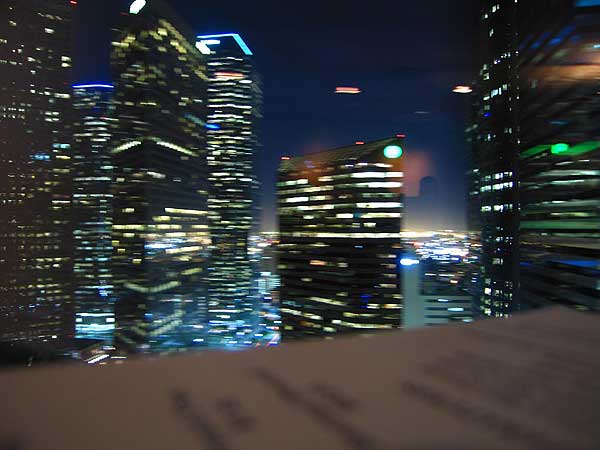 [Cross-posted at Between Worlds]