Dan and I often go back and forth with awesome (or awesomely awful, such as a great beer in a Coors Light cup) glassware synergy. Recently I was in Brooklyn, New York and found two great examples. 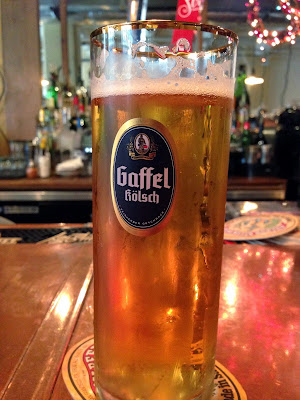 This glass is from a “Kolsch” beer. The guy next to me at the bar started telling a story that in Germany, Kolsch is barely even considered beer, and you have to put your coaster atop your glass else they will just keep filling it indefinitely. Funny I was able to “authenticate” that story on the ol’ intertubes here. I really like that Kolsch beer and would be glad to find somewhere around Chicago that has it on tap; I also really dig getting Kronenbourg 1664 on tap, as well (a French beer). 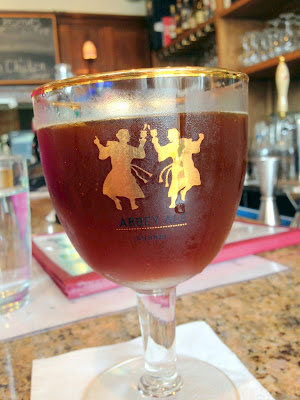 The second is from Ommegang Abbey Ale. I took the photo from my mobile so it isn’t perfect on the logo but you can definitely make out the dancing monks.