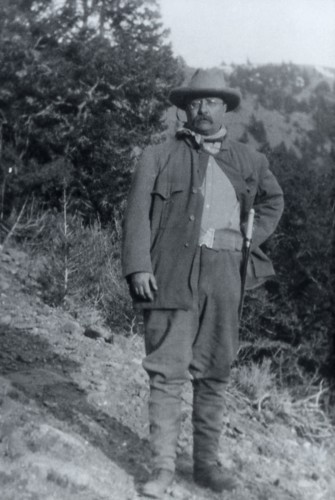 Theodore Roosevelt, wrote many excellent books, including A BOOK-LOVER’S HOLIDAYS IN THE OPEN (1916). I have this book on the Kindle app on my phone and I read it at odd moments. Every page of it is good, with many quotable passages. I will restrict myself to one.

At one point TR describes the fauna of the pleistocene epoch, as revealed by the bones extracted from the La Brea tar pits: “All these great creatures wandered in herds to and fro across the grassy Californian plains and among the reaches of open forest. Preying upon them were certain carnivores grimmer and more terrible than any now existing.”

He then speaks of the joys of the man who in his imagination can call up vividly images of the past, and then launches into an excursus about the historical visions which are conjured to mind when visiting Aden and Gibraltar:

Surely the thought of this vast and teeming, and utterly vanished wild life, must strongly appeal to every man of knowledge and love of nature, who is gifted with the imaginative power to visualize the past and to feel the keen delight known only to those who care intensely both for thought and for action, both for the rich experience acquired by toil and adventure, and for the rich experience obtained through books recording the studies of others.

Doubtless such capacity of imaginative appreciation is of no practical help to the hunter of big game to-day, any more than the power to visualize the long-vanished past in history helps a practical politician to do his ordinary work in the present workaday world. The governor of Gibraltar or of Aden, who cares merely to do his own intensely practical work, need know nothing whatever about any history more ancient than that of the last generation. But this is not true of the traveller. It is not even true of the politician who wishes to get full enjoyment out of life without shirking its duties. He certainly must not become a mere dreamer, or believe that his dreams will help him in practical action. But joy, just for joy’s sake, has its place too, and need in no way interfere with work; and, of course, this is as true of the joy of the mind as of the joy of the body. As a man steams into the Mediterranean between the African coast and the “purple, painted headlands” of Spain, it is well for him if he can bring before his vision the galleys of the Greek and Carthaginian mercantile adventurers, and of the conquering Romans; the boats of the wolf-hearted Arabs; the long “snakes” of the Norse pirates, Odin’s darlings; the stately and gorgeous war craft of Don John, the square-sailed ships of the fighting Dutch admirals, and the lofty three-deckers of Nelson, the greatest of all the masters of the sea. Aden is like a furnace between the hot sea and the hot sand; but at the sight of the old rock cisterns, carved by forgotten hands, one realizes why on that coast of barren desolation every maritime people in turn, from the mists that shroud an immemorial antiquity to our own day of fevered materialistic civilization, has seized Aden Bay—Egyptian, Sabean, Byzantine, Turk, Persian, Portuguese, Englishman; and always, a few miles distant, in the thirsty sands, the changeless desert folk have waited until pride spent itself and failed, and the new power passed, as each old power had passed, and then the merciless men of the waste once more claimed their own.

Gibraltar and Aden cannot mean to the unimaginative what they mean to the men of vision, to the men stirred by the hero tales of the past, by the dim records of half-forgotten peoples. These men may or may not do their work as well as others, but their gifts count in the joy of living. Enjoyment the same in kind comes to the man who can clothe with flesh the dry bones of bygone ages, and can see before his eyes the great beasts, hunters and hunted, the beasts so long dead, which thronged the Californian land at a time when in all its physical features it had already become essentially what it still continues to be.

The sentence beginning “As a man steams into the Mediterranean …” is nothing less than magnificent. 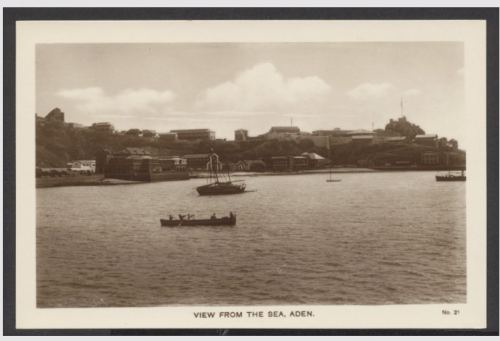 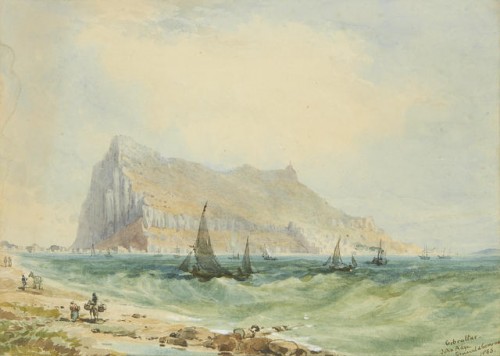 The frontispiece of the book is this painting: 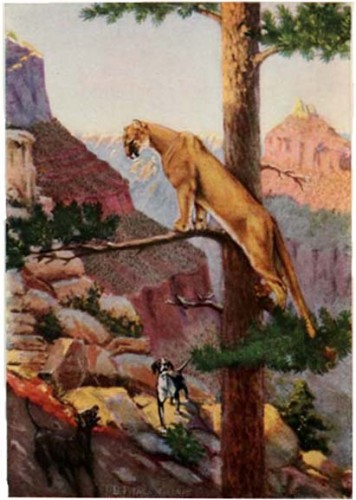 The caption says: “From a painting by Theodore B. Pitman in possession of Colonel Roosevelt. On the brink of the Grand Canyon.” TR provides a few further words about the painting in the book: “The frontispiece I owe to the courtesy of Mr. Theodore Pitman, a fellow Harvard student of Archie’s, whom we met on Buckskin Mountain; being both a hunter and a lover of the picturesque, he was as much impressed as we were by the scene when a cougar stood in a pine, with the Grand Canyon as a background.”

If you would like to know more about this scene, the first chapter of the book is called A COUGAR HUNT ON THE RIM OF THE GRAND CANYON, and it tells the story.