Some nights when I have time to kill I just put on a recorded music video show from MTV2 or Palladia and fast forward until I see something that looks interesting. I stopped briefly on a new band out of the UK that looked like half glam / half punk just long enough to get a screen shot… I don’t even care enough to spend ten seconds looking on the internet to figure out their name. 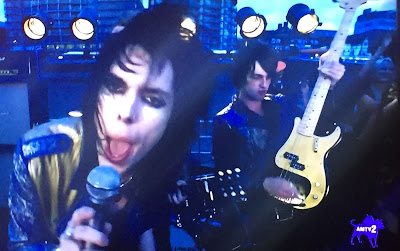 What I really thought about was that once it took guts and rage to look different from everyone else and music / lifestyle / looks were one and the same, not just an act that you put on like makeup. If you want to read about that in action, try “Get in the Van

Growing up we listened to Black Flag all the time, especially the iconic “Damaged” album. I was too young (and too chicken) to go see them in concert, but reading the “Get in the Van” book really brought home all the violence and flat-out deprivation that it took to live that lifestyle, with Rollins completing a set after being punched and kicked and often drenched in spit. We also forget that Rollins was one of the first individuals to get interesting tattoos in addition to his hairstyle and overall look, which constantly got him in fights everywhere he went. If you want to read about a real and dedicated artist, not some band that was prefabricated for TV and the internet, just read anything Rollins writes but start with “Get in the Van”. 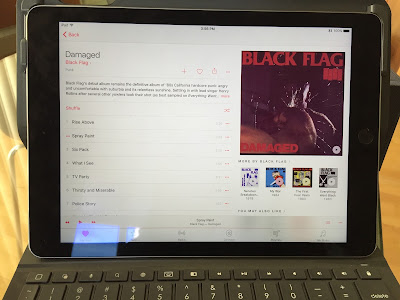 Reading the book prompted me to get back in the spirit and listen to my favorite Black Flag albums. However, they’ve been lost from vinyl to cassettes to CDs and I’m pretty much done with physical media anymore. So I just signed up for Apple Music and there they all are – the whole catalog. Kind of ironic to listen to music that was made and played with fire in such a bloodless manner as through my iPad and bluetooth speaker…

10 thoughts on “When It Took Guts To Live Your Music”