“Disruption” is a word usually reserved for hyped sectors of the economy like technology and “Uber” is the ubiquitous example that even a child would recognize. However, there are other components of the economy ripe for disruption, especially those that are heavily regulated, which generally causes significant distortions, monopolistic behavior, regulatory capture, high prices, and a lack of innovation.

The liquor industry is a heavily regulated industry, with layers of distributors and obscure rules which enforce local monopolies, entrench incumbents (often with inferior products), and provide many opportunities for the government to extract tax income and solicit donations from favored groups. Typically liquor uses a “three tier” system, where there is a producer, a distributor, and a retail outlet (a store or a bar). This is a system ripe for disruption.

Alongside this archaic regulated system (which works for the benefits of the government and the local monopolies), there was a multi-decade process of concentration within the liquor industry, as local beer manufacturers were bought up by massive multinationals, culminating in the InBev company which controls a huge chunk (28%) of world-wide beer sales. If it wasn’t for the craft beer counter-revolution (see below), the epic consolidation of the liquor industry would have gone on indefinitely, bringing out “innovations” like Bud Light Lime.

Some of the components of the disruption of liquor in Oregon include:

Portland and Oregon have been leaders in the craft beer movement, enabled by laws (passed against the political power of the beer distributors) which allowed for the brewpubs to sell their own alcohol.
This article describes how the modern brewery was instituted in Oregon.The “beer culture” is everywhere, with 116 breweries within an hour of Portland, as evidenced by the cover of this recent magazine I picked up. Here is a link to the magazine online. 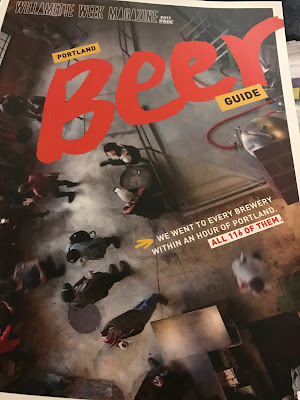 I live in downtown Portland and there are great brewpubs all around me. Portland is a tourism town for beer drinkers and usually the food at each of these brewpubs is excellent as well (it isn’t gourmet but far, far better than what you’d get at a bar in Chicago, for instance).

Oregon still has a ridiculous law that allows hard liquor to be sold only at designated liquor stores (this law is particularly out-of-synch with reality since you can essentially buy dope seemingly everywhere, even for recreational purposes). However, there are a lot of cracks in this system. Recently I was out at a farmer’s market near Portland State University when I saw a distillery selling this “Townshend Gin” and I picked up a bottle for $24. Local distilleries in Oregon can sell directly to customers, bypassing the rule stating that hard liquor can only be sold at state-designated liquor stores. 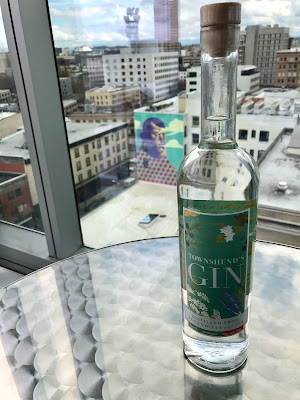 As you drive around the state you can see advertisements for “growlers” everywhere. These are re-fillable jugs that you can have local stores fill with beer out of the keg and you then drink at home. These are another great way to disrupt the system. There is also a “crowler” (a can growler) model where they will make a 32 oz can of any keg beer on tap that you can walk away with – a bar in my building let’s me do this and take it upstairs. 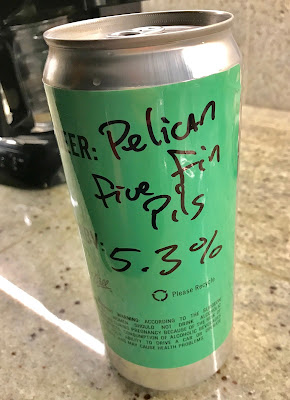 There is a wide variety of vineyards and tasting rooms in Oregon, particularly in the Willamette Valley. You can purchase wine by the bottle or the case and they have fun tasting rooms where you can purchase and sample wines (the fees are often waived if you buy bottles / cases during the same trip). It seems obvious but I didn’t realize that the vineyards changed colors each fall – below is a beautiful picture that I took last September. 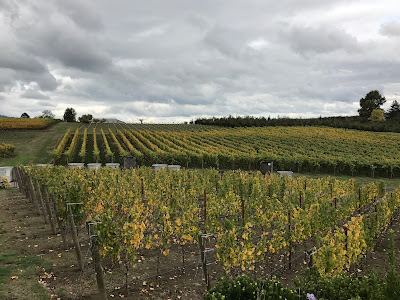 The liquor industry was trending towards an oligopoly of poor products produced in vast quantities with competition limited due to a politically entrenched distribution system, under the guise of protecting citizens from alcohol abuse while actually preserving the “sin taxes” to enrich local government. Competition and new regulations have allowed for better products to emerge and for people to “buy locally” rather than enriching a vast beer titan that ships beer across the country which could be better served by local companies.