Last night I went to see one of my favorite bands, Electric Six, at Dante’s in Portland on Burnside Avenue. They played a fun show and the band sounded great (my ears are still ringing). Here is their iconic singer “Dick Valentine” on stage. The band delivers hilarious onstage banter and are highly recommended. The crowd at Dante’s was also great and everyone seemed to be in good spirits. 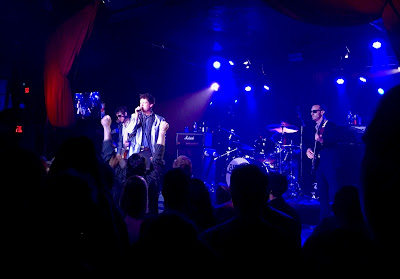 Dan and I went to see Electric Six in Wisconsin with the Chicago band Local H opening up for them back in October 2008 (I was able to correlate the dates when both bands were at the same venue). Those were the days before Uber so we had to keep it together since we were driving. It was a great show, too, and I remember that we met someone who knew Electric Six and asked if we wanted to go backstage and party and we were like “Nope”. That was likely a wise decision. After Local H finished their main singer / guitarist was having beers at the bar while Electric Six was up on stage. I also saw Electric Six back in the Double Door in Chicago at a New Years’ show and I was wearing a crazy disco ball shirt and Dick Valentine gave me a “nice shirt” comment. So that’s my brush with fame.

PBR is an iconic beer here in Portland (Portland led the resurgence of Pabst) and they have their own festival and the best place for advertising is right on the can. 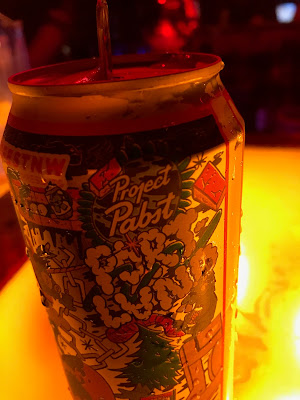 Before the show I was at the Driftwood Inn in Portland getting ready and had a flight of mini-Manhattans. It was excellent. They had to choose which mini glass got the cherry. Four cherries is apparently too many. 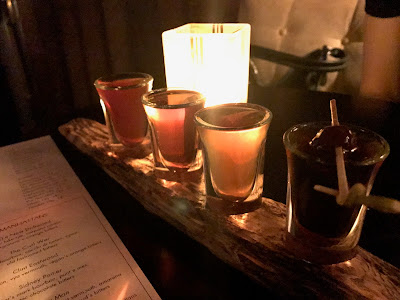 2 thoughts on “Electric Six at Dante’s In Portland”