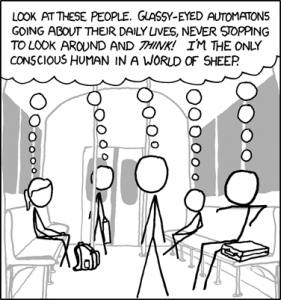 We all seem possessed by the fear we are not special. We cannot emotionally tolerate that each of us apprehends only a tiny piece of reality. We create a fantasy in which whatever special piece of knowledge we believe we possess grants us a superior understanding as compared to all others. This fantasy lets us view ourselves as deserving a higher status in society than all others.

Some people build political ideologies around this fantasy.