One truism on Technology is that the initial media splash and the early adopters skew trends by making them seem to have more impact than they actually do. It is often the slower, longer “tail” of a trend that causes the most significant change, even if by then the media has passed the story by because it is no longer “hot”.

Two items happened last week that show a profound technology advancement that is by now ubiquitous and thus rarely commented on by the media. These two items are 1) the vast scope of online gaming and 2) Craigslist and its impact on retail. 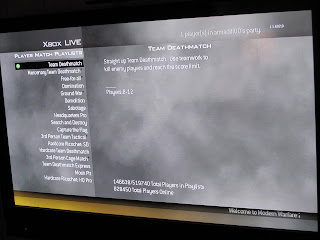 While watching the Bears get killed on Sunday during half time, my nephew put on Call of Duty – Modern Warfare 2 which just got released in November, 2009 for Xbox. Already, there were masses of individuals online playing the game – there were over 800,000 users online AT THAT MOMENT. He joined a game, which was simple, and the intelligence split up the team members based on their levels so that the two teams were balanced. It is just amazing how easy it is to join these games and play infinitely, against other human opponents – this used to be hard to do (Dan and I played online a long time ago) and now it is not only a snap but there are hundreds of thousands of opponents ready to play a huge variety of missions at any time day or night. Also, Xbox, which was viewed as behind Wii and PS3, is now a leader in online gaming which is a huge differentiator against the other consoles, while this wasn’t viewed as a critical factor at the time the consoles all emerged.

To say that online gaming against human opponents is addicting is a huge understatement – playing against intelligent and skilled gamers is a big challenge as well as a way to gain status in the online community, because everyone can see your “kills” and ranking. You have the ability to restrict players to your friends or open it up to the whole world. There also is an online chat element, with men (and women) of all nations shouting into their headsets. As a social phenomenon, this will now have significant consequences, in terms of driving people away from other forms of interaction towards online gaming. 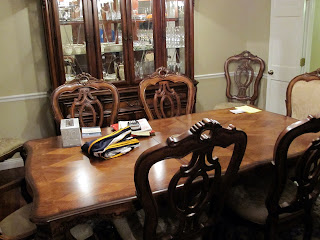 A parallel track is the fact that craigslist is now a significant challenge to retailers across the spectrum. This entire dining room set and China cabinet was found online through craigslist for a bit over $1000, which is amazing because this set would be higher than $5000 at retail. My relatives bought this, and many other close friends and acquaintances are using craigslist to furnish their apartments and houses, even for high-end furnishings. If you know what you are looking for and you have time and patience, you can find quality furniture without going the retail route. Another advantage is that you see what you get, while often purchasing furniture means waiting for weeks to receive what you ordered.

Many people are downsizing and moving out of foreclosed homes and this is a way to find about anything right now. There are now many individuals who are getting used to purchasing this way and they are to some extent going to be permanent exiles from the pool of potential consumers for retailers. Ultimately this will have a profound impact on this market, since a viable secondary market didn’t exist prior to craigslist that was available to the masses. Try it yourself – if you have patience and are willing to bid and check it out yourself and find a mover or rent a truck pretty much anything you are looking for is out there, somewhere, on craigslist.