In the field of accounting traditionally assets were “hard” assets, like land, cash on hand, factories, and other similar items. You could “touch” an asset, and you saved up capital in advance and then “invested” it into projects that would expand your capacity to do business or do it cheaper than your competitor (improvements). This “traditional” view of assets came under attack in the 2nd half of the 20th century, as accountants pointed out that brands had value (the classic example – the “Golden Arches” at McDonald’s). As the economy moved more towards services, the public accounting firms also noted that people did not have value in this model; the famous line was “all my assets go out the door each night”.

The traditional view of government was that they 1) built things like roads, bridges, schools, and jails 2) provided critical services like police, fire and military protection. In this manner citizens could see with their own eyes the value of the taxes that they were paying to the government; with it came roads, schools, and essential services.

Analogous to what occurred with accounting practitioners, those lobbying for higher taxes, which mainly go to transfer payments to favored constituencies, re-defined what an “investment” means. An investment used to be something tangible, like a highway extension or a new school; but now it is an investment in people, meaning that you as a citizen are in effect paying for a transfer payment to someone else.

It is astounding to see the degree to which the “traditional” view of government investment has been crowded out by the new view of investment being a transfer payment to someone else. In the City of Chicago we see the rotting, rusting hulk of the “L” tracks over our head every day, with holes in the streets and bridges and the only things that are new are the buildings erected with private funds that comprise our skyline. 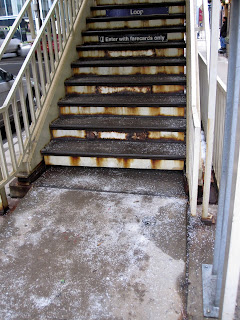 Meanwhile in China they are building ENTIRE CITIES the size and scale of Chicago FROM SCRATCH. Now that is the traditional view of investment; power plants, roads, bridges, and all manner of hard assets to boot. It is amazing to think of what they are constructing there vs. the pathetic state of our infrastructure in the United States. And yet our government spends much more, but we direct it into transfer payments to other citizens or for retired government employees, rather than those “old school” ideas of traditional investments.

This rhetorical sleight of hand has gotten out of control; we need to re-label transfer payments as transfer payments and investments to be those things that actually serve the population for the future. This is not to say that all money spent on education and health care isn’t an investment; it IS when those individuals gain significant and useful skills that they can utilize for the economy. But overall, the building of even a highway or power plant is now beyond the pale even with government spending far higher than the historical norm; transfer payments have been re-defined as investment. Just look at those rusting “L” tracks to prove it.

5 thoughts on “Infrastructure and the meaning of “Investment””