Ed was one of those characters that you only meet every once in a while. I remember the campaign for governor here in Wisconsin in 2002. It was my first serious foray into politics. I attended meetings that Ed had and eventually decided he was the guy for me. I donated to his campaign and worked on it as well. Ed was a Libertarian through and through. It was amazing to talk to the guy.

He got an astounding 11% of the vote in that election. We were all very proud of what we had done. At the meetings there was every political stripe represented. There were people who just wanted more lax drug laws. There were businessmen. Women. All colors. Everyone believed in Ed and knew we were all tired of the same ‘ol two party system.

Thank you Ed. You taught me more than you will ever know. RIP. 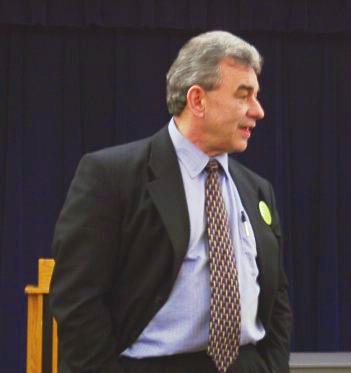