Shannon Love, who passed away in 2021, was a popular and always interesting contributor to this blog between 2004 and 2013.

He was a great guy with a brilliant mind that saw connections other people missed and generated an endless stream of insights on all kinds of topics.

Shannon’s daughter, Ripleigh Degenhardt (rdvirtualsolutions@gmail.com), recently contacted Instapundit about her father and about her project to collect stories about COVID hospital stays and deaths.

Shannon published more than 900 posts on Chicago Boyz. You can find them all here.

By now you’ve all seen, heard, and read that the great Tom Wolfe died this week. His social satire and sardonic wit carved out a distinctive path through post-modern America. Wolfe championed a literary style that was part journalism, part acerbic effervescence. Few (if any) recent writers were better able to craft stories by such vivid portrayals of particular people in particular places at particular times.

Here is Tom Wolfe in one of his many interviews with William F. Buckley on Firing Line. Just two mid-century Yale Men parlaying over the Black Panthers, Bernstein, Balzac, Homo Ludens, and the Mets disappointing season.

The question by the gentleman at around 39:45 is actually a good one and a complaint Wolfe faced his entire career. As a chronicler, he had a tendency to paint the events into flourishes that steered the situations toward the underlying themes that he was using to make his broader point. Conversely, as a novelist he was accused of conflating ordinary details into fantastic baroque ideals.

There’s no denying that Wolfe was the master of expansive simplification. The principles of his style required a complete accounting of all the dimensions of the scene.

The culmination of that manifesto was nowhere more on display than in his masterpiece The Bonfire of the Vanities. Here is snippet from chapter 5 following Kramer walking into the DA’s office.

The guard buzzed Kramer through the gate, and Kramer’s running shoes
squeaked on the marble floor. The guard gave them a dubious onceover. As
usual, Kramer was carrying his leather shoes in an A&P shopping bag.

Beyond the entryway, the level of grandeur in the District Attorney’s
Office went up and down. The office of Weiss himself was bigger and showier,
thanks to its paneled walls, than the Mayor of New York’s. The bureau chiefs,
for Homicide, Investigations, Major Offenses, Supreme Court, Criminal Court,
and Appeals, had their share of the paneling and the leather or school-of
leather couches and the Contract Sheraton armchairs. But by the time you got
down to an assistant district attorney, like Larry Kramer, you were looking at
Good Enough for Government Work when it came to interior decoration.

The two assistant district attorneys who shared the office with him, Ray
Andriutti and Jimmy Caughey, were sitting sprawled back in the swivel chairs.
There was just enough floor space in the room for three metal desks, three
swivel chairs, four filing cabinets, an old coat stand with six savage hooks
sticking out from it, and a table bearing a Mr. Coffee machine and a
promiscuous heap of plastic cups and spoons and a gummy collage of paper
napkins and white sugar envelopes and pink saccharine envelopes stuck to a
maroon plastic tray with a high sweet-smelling paste composed of spilled coffee
and Cremora powder. Both Andriutti and Caughey were sitting with their legs
crossed in the same fashion. The left ankle was resting on top of the right
knee, as if they were such studs, they couldn’t have crossed their legs any
farther if they had wanted to. This was the accepted sitting posture of
Homicide, the most manly of the six bureaus of the District Attorney’s Office.

Both had their jackets off and hung with the perfect give-a-shit
carelessness on the coatrack. Their shirt collars were unbuttoned, and their
necktie knots were pulled down an inch or so. Andriutti was rubbing the back
of his left arm with his right hand, as if it itched. In fact, he was feeling
and admiring his triceps, which he pumped up at least three times a week by
doing sets of French curls with dumbbells at the New York Athletic Club.
Andriutti could afford to work out at the Athletic Club, instead of on a carpet
between a Dracaena fragrans tub and a convertible couch, because he
didn’t have a wife and a child to support in an $888-a-month ant colony in the
West Seventies. He didn’t have to worry about his triceps and his deltoids and
his lats deflating. Andriutti liked the fact that when he reached around behind
one of his mighty arms with the other hand, it made the widest muscles of his
back, the lats, the latissima dorsae, fan out until they practically split his
shirt, and his pectorals hardened into a couple of mountains of pure muscle.
Kramer and Andriutti were of the new generation, in which the terms triceps,
deltoids, latissima dorsae, and pectoralis major were better known than the
names of the major planets. Andriutti rubbed his triceps a hundred and twenty
times a day, on the average.

And that’s just the scene and status. The dialogue continues with the obligatory obscenities and a glimpse of “donkey loyalty”, as Wolfe calls the tribal ties that contrast the “Favor Bank” of the legal system.

Rest in Peace Tom Wolfe, and thank you for your works that contributed to our awareness and understanding of this ever perplexing world. 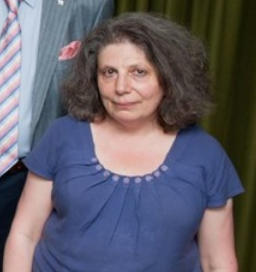 Helen was a historian, an English patriot — a founder of what was to become the Brexit movement, a researcher, literary critic, public intellectual and political commentator and prolific writer.

The Telegraph‘s obituary is a bit harsh (perhaps payback for deserved slights) but gives some background. Richard North, Helen’s long-term collaborator on the great EUReferendum blog, has kind and interesting remarks about Helen, and a video of Helen speaking, here. Richard’s son Pete shares thoughtful reminiscences about Helen here. She was prominent in London conservative political and intellectual circles but those of us “across the pond” had to make do with her online presence. I wish I had met her in person.

Helen wrote or contributed to numerous blogs. Besides EUReferendum the Chicago Boyz blogroll includes Conservative History Journal and Your Freedom and Ours and perhaps one or two others I’ve overlooked. She was also active on Facebook, Twitter and who knows where else on social media. Lex and I invited her to contribute to this blog and she very generously and cheerfully did so over the years. She was brilliant and erudite with a wide range of interests which she was always ready to discuss. I will miss her.

Very sad. There was a period of many years, until recently, where I was in almost daily communication with Helen, as part of a group that included James C. Bennett. Helen was a brilliant, opinionated, sometimes prickly, deeply-learned, patriotic, liberty-loving woman. She was a strong and early proponent of Britain leaving the EU. She was right, she was way ahead of her time, and I am glad she lived to see PM May sign the notice of withdrawal. I considered Helen a real friend, despite never meeting in person, and it is sad that I never will now. Just on my current Gmail account, I have 1,879 email threads including Helen going back to 2005. She was a big presence, for me and for many others. Rest in peace, Helen. We are still here, pushing for all the things you believed in and fought for.

Once, early in my correspondence with Helen I asked “By the way, is your name pronounced SHAMwelly?” She responded: “No, it’s a Hungarian name, so the sz is pronounced s. The Poles pronounce things the wrong way round.”

Many of you with closer ties to either diplomacy or Cuba/ns will have much more enlightened observations; here is Kimball’s.

Personal: I was talking to my brother when he saw the caption on his quieted television; we thought about our youths: when we were growing up, my parents hosted a wise older man, a Cuban psychiatrist who was in the process of certifying himself at the local hospital. He’d known Castro (their plantations had neighbored). He spoke to my mother’s reading club of why he had fled, foreseeing the future. But 50 years have passed; Dr. Jones is either very old or gone. I doubt he saw that far into the future – I can’t imagine his despair if he had.

Steven Den Beste has died. RIP and thanks for the many thoughts. Thinkers like him come all too infrequently.