Recently I wrote a post titled “We’re Barely Capitalists” talking about the “crony capitalism” that lies in our midst. Since I live in the city of Chicago examples abound as far as the eye can see.

Let’s say, for example that you want to open up a bar in the City of Chicago. You find an architecturally interesting building in a “hot” location in River North, for instance, such as an antique store. Then you just turn it into a gigantic Wal-Mart sized bar, right? 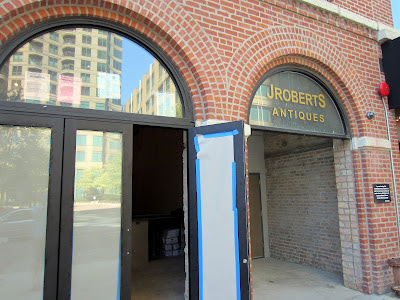 The City of Chicago officially has been limiting the number of liquor licenses and tavern licenses that are allowed, particularly in residential areas. Per this article in USA Today:

Opening or buying a tavern in Chicago can be complicated, says Mike Costanzo, a real estate broker with Jameson Commercial. Aldermen can seek liquor license moratoriums in areas as small as two blocks, and buyers are required to purchase the corporate entity that owns an existing tavern and license, he says. “Getting a new tavern license issued in a residential neighborhood is brutal,” Costanzo says. “It’s virtually impossible.” 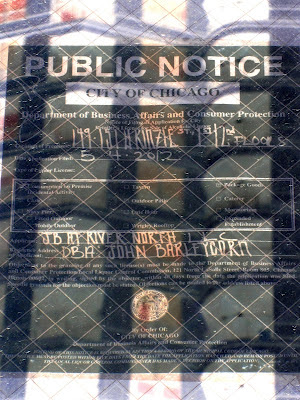 River North today is heavily populated with condos and apartments; there are thousands of residents packed in an area that is overrun with bars, taverns and restaurants that serve lots of booze (I realize that the city differentiates but walking around late at night they are all virtually the same). So if you or I just went over and tried to use one of the supposedly diminishing liquor licenses on an antique store, we’d be laughed right out of the room. And yet that didn’t slow down this company (which also owns bars in Lincoln Park and Wrigleyville) from getting clearance… 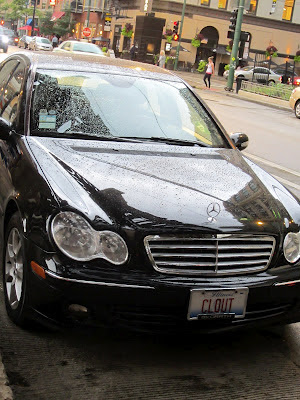 And how do you get something like that cleared up with the city? By employing someone like the guy whose license plate on his Mercedes says it all – “CLOUT”. These sorts of connections are like property rights, and you have to partner or utilize contacts from someone in order to get anything done. I find it amazingly brazen that someone would get out of a Mercedes with plates like this and do business, but hey, this is Chicago.

The use of formal and informal intermediaries to accomplish business goals through a bureaucratic maze is the essence of “crony capitalism”, on display before our eyes.