As an American traveling abroad I am often ashamed that I only know how to speak English. In India this wasn’t a significant problem because we stayed at tourist hotels and had guides and other friends that spoke multiple languages. While English is one of the “common” languages of India and many, many people spoke it like everything else your results would vary especially when it came to taxis or drivers who only knew rudimentary terms and probably were just nodding and not comprehending when I talked to them. In any area remotely tied to tourism the signs were in English as well as in the local languages. The only signs that were rarely translated were the various political campaign posters appealing for voters.

At the beautiful Amber Fort I saw this sign that had been dutifully translated into English but was perhaps the most boring historical marker I’ve ever seen. 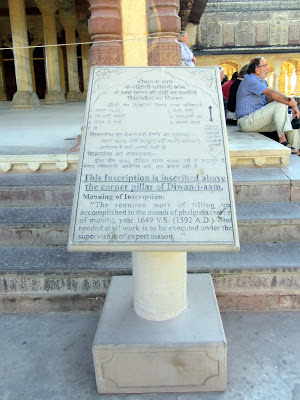 I understood what they were trying to say at the Taj Mahal but the words aren’t “quite” right. 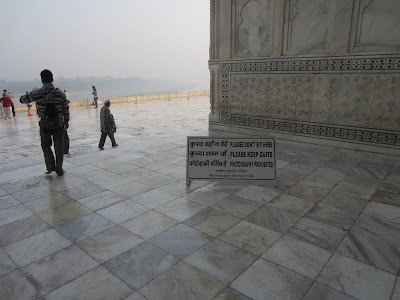 Sometimes you see a sign and it cracks you up. This was a big fireworks brand and everyone was shooting off fireworks for Dawali. For days afterwards you’d hear “booms” during the day as people probably stumbled upon rockets that didn’t go off and they re-lit them. 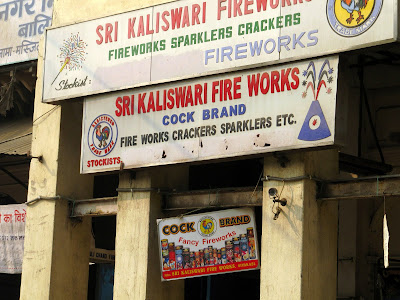 Some signs need no translation. I didn’t go inside but I know they don’t serve beef. 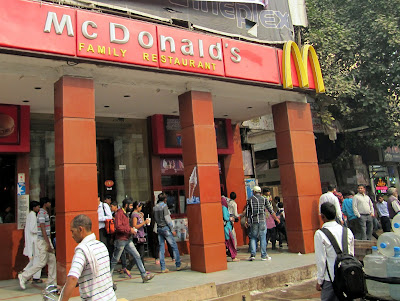 This billboard wasn’t really translated but you can clearly see the sign. This is often what happens to a Western traveler that eats the food – you can see the guy throwing up and someone else sweating it out on the toilet. This is called “Delhi Belly” at least while you are near Delhi can’t speak for the rest of the country. 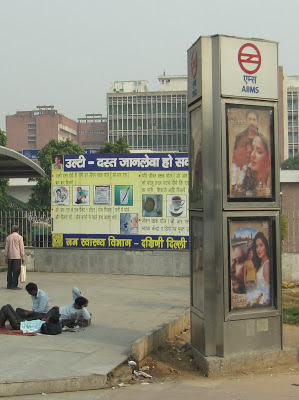 5 thoughts on “India and English”