Recently I saw the art-metal band “Pelican” at the Bottom Lounge on Lake Street in the West Loop. It was a Thursday night and I just took a cab over there by myself. Pelican is one of my favorite bands – they play metal in a major key with no solos or lyrics (OK, they did have one song with lyrics). It sounds boring, but definitely isn’t (to me at least). Recently they had a switch out of some key players but since I hadn’t seen them before I couldn’t tell the difference and they sounded fine. Here is a brief movie of them playing “Lost in the Headlights” which is the first song from them that I heard that I really liked. 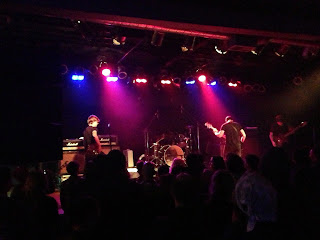 I was a bit leery of just heading out by myself late at night to a random metal concert but it turned out to be totally misplaced. They had very nicely priced beer ($4!) and the crowd was into the music but almost polite to a fault. Most were dressed in black with a few flannel ones thrown in the mix. The Bottom Lounge also seemed to be a good place to see a show the acoustics seemed OK and they had a good drink selection (and even food, but I didn’t try that). To get a cab I walked a block south down to Randolph street (there are a million restaurants and clubs there) and caught one after a few blocks. 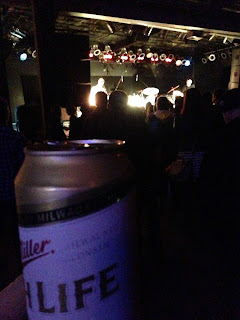 It is pretty sobering how small the crowds are for these various bands. I saw Soundgarden and they sold out the Riviera but that is a small place. While one of the electronic shows can draw 100,000 / day to a racetrack in Chicago rock bands struggle to get anyone to show up. Rock is a niche product now, like jazz used to be when I was growing up (there are exceptions, but not as many new bands as you’d think, and the big ones like Nickleback and Muse are not exactly critical darlings).

2 thoughts on ““Pelican” at the Bottom Lounge”