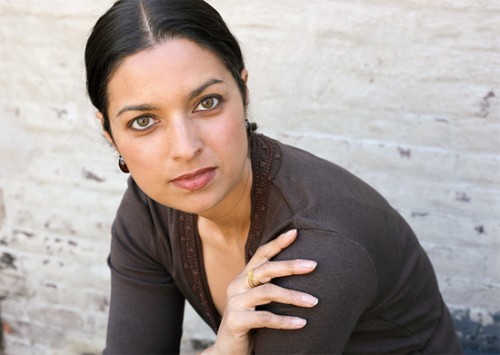 In recent interview in the Wall Street Journal the novelist Jhumpa Lahiri discussed growing up in Rhode Island, with Indian parents, and the experience of feeling neither Indian nor American, and about moving to Italy.

She also made these telling comments — without of course using our terminology! — about the assimilative power of a culture based on the Absolute Nuclear Family, as we describe in America 3.0:

“I think the thing I admire about America, and admire even more now that I don’t live here, is that it is a country that absorbs other nations, and one can become an American over time—maybe not my generation, but my kids, yes.” She has found Italy to be more homogenous and less equipped to understand “the phenomenon of otherness.”

Ms. Lahiri still remains skeptical of America’s ability to fully understand the idea, too. Looking back at her childhood, she marvels at how difficult it was for her parents to keep their Bengali identities. The U.S. “just absorbs everything,” she says, sighing. “It accommodates differences but always extinguishes them in some way.”

Ms. Lahiri is absolutely right that it is a multi-generational process to become American. But in the end, people really do become American. She is also right that other cultures that lack the individualistic culture of America have a tougher time incorporating others. As Emmanuel Todd wrote, the ANF culture expects siblings to be different, and has comparatively less difficulty accepting differences between individuals. As a result, Americans see little of interest in the “phenomenon of otherness.” It simply does not matter. Diversity is naturally occurring and expected. Further, the voluntaristic nature of American culture, where individuals form a web of personal, voluntary bonds, without relying on group solidarity, makes it easier to incorporate people from other cultures who are able to play by the American “rules of the game.” Ms. Lahiri is also correct that America “just absorbs everything” and this process “extinguishes” differences. The melting pot analogy has a basis in fact, though some groups have proven less “meltable” than others. And to be melted and be absorbed is not a wholly costless or painless process.

In our book we make this reference to the process of assimilation:

The story of immigrants coming to America for opportunity and freedom, but feeling they are losing their children to a culture they do not always like or understand, is an old one that has been repeated many times. There is an element of sadness to this. This process of loss of the old way of life may be felt as tragic by the parents, but it has been a triumph for Americans over the centuries. We have peacefully, though not painlessly, assimilated millions of people, one marriage and one family at a time, into a shared culture. It is part of the price, often unrecognized, that many people paid to come to America and be part of it. Assimilation to our culture is not costless, but it has hopefully been worth the price over time, to most people who came here and to their children and grandchildren.

Ms. Lahiri mentions being raised by Indian parents who remained Indian, and that she is neither Indian nor American. I have not read any of her books, but they are apparently about the struggle of immigrants to the USA to fit in here while maintaining ties to the old country, and the process of later generations losing those ties and becoming focused on their personal and family concerns.

(I got a copy of her first book, a short story collection, called Interpreter of Maladies

. There is no saying if or when I will get to it!)