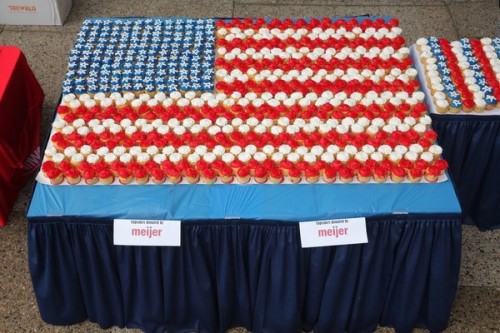 Big thanks to Mr. DesRosiers for his review of America 3.0. The review appeared in the Washington Times and Real Clear Politics, entitled America 3.0: Our Bright Future, on September 11, 2013.

At best, future-studies titles are built on a solid understanding of powerful political, economic, technological and cultural phenomena. The most effective works are not abstract, literary political musings, but practical expressions of political science rooted in the possible. The best examples are the Federalist Papers and Alexis de Tocqueville’s “Democracy in America.”

“America 3.0” does not belong in this pantheon, but it is an intellectually ambitious and accessible work of political science that posits a year 2040 in which the United States has 21 more stars on the flag and has put our challenges behind us. Mr. Bennett and Mr. Lotus are not “pie in the sky” physiocrats, but serious probabilistic pragmatists. They write, “America in 2040 is not perfect, but nothing human ever is. Nonetheless, overall, this is an era of freedom and excitement, and American well-being with reasonable security for American citizens.”

We happily concede that we are not in the same league as de Tocqueville or the authors of the Federalist! We equally happily accept the appellation “serious probabilistic pragmatists.”

Mr. DesRosier suggests America 3.0 should be adopted as a guide to policy:

While “America 3.0” should be eagerly consumed by the political class and concerned citizens alike, it needs a champion. Twenty years ago, Newt Gingrich saw the future in Alvin Toffler’s “The Third Wave” and brought it to the political mainstream. It was a book tailored to fit its bullish, technocratic times. “America 3.0” is a more serious book written for more serious times, and it deserves a serious booster. Sen. Rand Paul — and his supporters — should make “America 3.0” their book of ideas.

Mr. DesRosiers may be unique among our reviewers in focusing on Chapter 9, which regards foreign policy and defense:

Back to Mr. Paul and his merry band of Paulites. The greatest gift of “America 3.0” is a deep foreign policy suited for our age of sequestration, neither expeditionary, nor isolationist. The greatest obstacle to Mr. Paul being taken seriously as a presidential candidate is that he doesn’t seem to like the commander in chief part of the presidential job description.

It would have been strikingly presidential if Mr. Paul delivered a message to Secretary of State John F. Kerry, President Obama and the American people based on a “America 3.0” notion of “Keeper of the Global Commons”: “The United States must now reorient its national strategy to primary emphasis on maintaining the freedom of the global commons of air, sea and space. Secondarily, we must defend the nation and our close allies. Third, we must be capable of intervening when needed, primarily to inhibit the formation of dangerous and aggressive totalitarian powers globally.”

This is a winning plan that ought to be the cornerstone of a libertarian movement ready to evolve from back-bencher to prime-time player. We could all benefit from reading “America 3.0” — but some more than others.

Bennett and Lotus are available to fly out to D.C. to brief Sen. Paul whenever he cares to call!