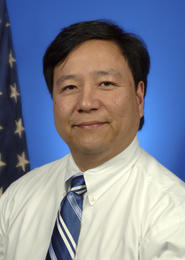 UPDATE: The Wall Street Journal on how to fix the Obamacare crisis.

What can be done is Congress creating a new option in the form of a national health insurance charter under which insurers could design new low-cost policies free of mandated benefits imposed by ObamaCare and the 50 states that many of those losing their individual policies today surely would find attractive.

What’s the first thing the new nationally chartered insurers would do? Rush out cheap, high-deductible policies, allaying some of the resentment that the ObamaCare mandate provokes among the young, healthy and footloose affluent.

These folks could buy the minimalist coverage that (for various reasons) makes sense for them. They wouldn’t be forced to buy excessive coverage they don’t need to subsidize the old and sick.

Who knows ? Maybe Jenkins reads this blog. It’s so obvious that the solution should be apparent even to Democrats.

We are now learning that a large share of the Obamacare structure is still unbuilt. This is not the website but the guts of the system.

The revelation came out of questioning of Mr. Chao by Rep. Cory Gardner (R., Colo.). Gardner was trying to figure out how much of the IT infrastructure around the federal insurance exchange had been completed. “Well, how much do we have to build today, still? What do we need to build? 50 percent? 40 percent? 30 percent?” Chao replied, “I think it’s just an approximation—we’re probably sitting between 60 and 70 percent because we still have to build…”

Gardner replied, incredulously, “Wait, 60 or 70 percent that needs to be built, still?” Chao did not contradict Gardner, adding, “because we still have to build the payment systems to make payments to insurers in January.”

This is the guy who is the chief IT guy for CMS.

If the ability to pay the insurance companies is not yet written, how can anybody sign up ?

Gardner, a fourth time: “But the entire system is 60 to 70 percent away from being complete.” Chao: “There’s the back office systems, the accounting systems, the payment systems…they still need to be done.”

Gardner asked a fifth time: “Of those 60 to 70 percent of systems that are still being built, how are they going to be tested?”

The answer was the same way the rest was tested.

We are halfway down the runway and the engineers are still bolting on the engines.

Of course, the unions will resist any payment for “risk corridors”

Risk Corridors are plans to bail out insurance companies that are put at risk by Obama’s “fix” by stopping the mandate penalties.

If they decide to un-cancel some plans and end up taking a beating financially from the adverse selection that results, Uncle Sam will be there to make everything right. I must have read three dozen blog posts yesterday wondering how O would be able to keep insurers on his side, working together with the White House to implement Healthcare.gov and the rest of the law, now that he’s gone and made them scapegoats for the cancellation mess. Turns out the answer’s simple. He’s going to buy them off.

Part of this is the “reinsurance” plan. The unions want nothing to do with this.

A provision in Obamacare would collect a fee from health insurance companies and third-party administrators (TPAs) of administrative services only (ASO a.k.a. self-insured) group health plans, to fund a reinsurance program to help “stabilize” premiums available through the exchanges. A significant number of unions are self-insured. Unions were pissed they had to pay this fee of between $60 and $80 per insured (now said to start at $63 and reduce in following years), and as recently as last week were demanding President Obama change the law. Obama caved.

The unions are not stupid. They want no taxes on their plans.

The tax, known as the reinsurance fee, requires self-insured organizations, such as unions and some large companies, to pay $63 for each covered member and an additional $63 for each additional family member on a health plan.

Curiouser and curiouser. Some of these guys have read the small print.

8 thoughts on “Building the airplane during takeoff.”