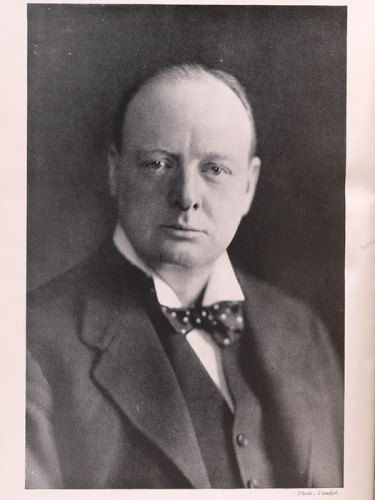 The Declaration of Independence is not only an American document. It follows on the Magna Carta and the Bill of Rights as the third great title-deed on which the liberties of the English-speaking peoples are founded…. The political conceptions embodied in the Declaration of Independence are the same as those expressed at that time by Lord Chatham and Mr. Burke and handed down to them by John Hampden and Algernon Sidney. They spring from the same source; they come from the same well of practical truth….

Winston Churchill, speech given at the Anglo-American rally at the Albert Hall on US Independence Day 1918.

Quoted in a review by Andrew Roberts of Mr. Churchill’s Profession: The Statesman as Author and the Book That Defined the “Special Relationship”

We made a similar argument in America 3.0:

[T]o fully understand the meaning of the American Founding, and of our Declaration and Constitution, we need to go back even farther, to see where they came from. The Founders were not writing on a blank page. Far from it. They made a Revolution because the American people already held strongly to certain principles that they saw coming under increasing threat. And they wrote our Founding documents as a conscious attempt to preserve a valued way of life, at least as much as to make something entirely new.

And Daniel Hannan made much the same point in Inventing Freedom: How the English-Speaking Peoples Made the Modern World

American Patriots didn’t just propose ideas that were inspired by the philosophy of Magna Carta. They saw that document itself as a part of their inheritance. When, as they perceived it, George III violated their patrimony, they too up arms to defend it.

We rightly celebrate our independence, and the Declaration that proclaimed it.

And we are right to recognize that the freedom our Founders fought for was ancient and the Declaration was the embodiment of something very old.