Election Day in California is pretty dull because California is a one party state with Democrats and their illegal alien voters running things. 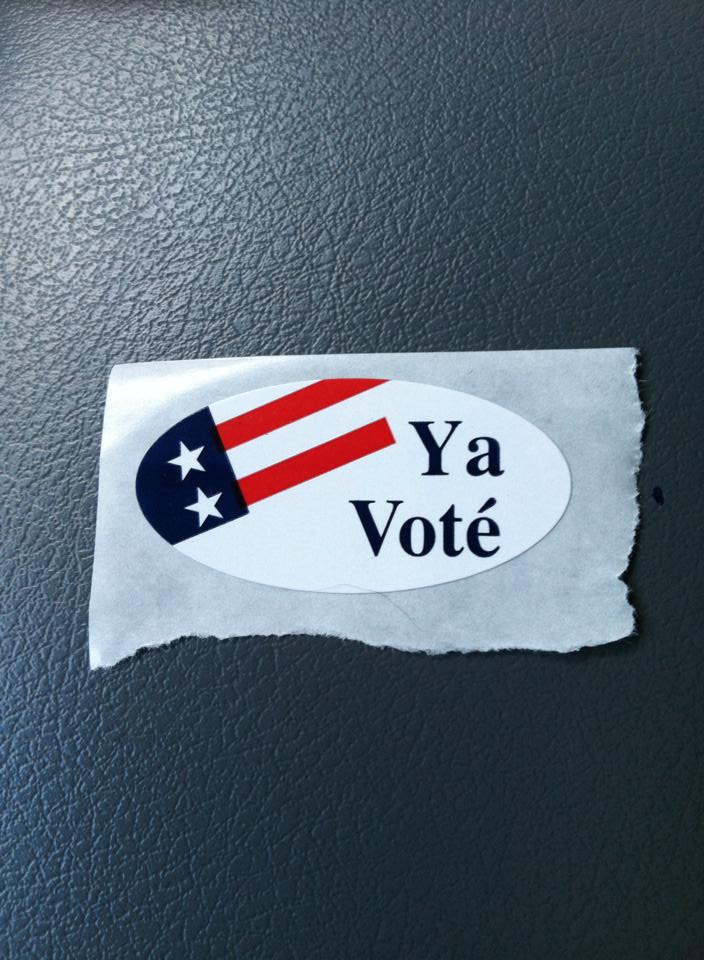 Elsewhere there is excitement. Voting machines in multiple states are changing GOP votes to Democrat.

The Cook County Board of Elections Deputy Communications Director Jim Scalzitti said the machine’s failure was “a calibration error of the touch-screen on the machine,” and that Moynihan’s votes were not actually registered. Scalzitti said that voters are always asked to double-check their votes before they’re counted.

The same “error” is occurring in North Carolina and Maryland, the latter a state where the Democrat governor is in trouble with a GOP challenger close in polls.

Naturally, that is where voting machine “errors” will cluster.

In Maryland, another deep-blue state with sky-high taxes, Lt. Gov. Anthony Brown, a Democrat, had to vow “no new taxes” while struggling to convince voters he deserves a promotion to the governor’s mansion. His Republican opponent, businessman Larry Hogan, has made a top issue of the dizzying proliferation of taxes during Mr. Brown’s eight-year tenure with Gov. Martin O’Malley.

O’Malley has been touted as a possible presidential candidate for Democrats in 2017 but it sounds like that boomlet has popped.

Michael Barone, the guru of American politics, is dismissive of Obama’s record.

Why has the Democratic Party fared so poorly under Obama’s leadership? I can see two reasons: one ideological, one demographic.

Start with demographics. The Obama coalition, even more than Bill Clinton’s, is based on overwhelming support from constituencies with some conflicting interests. It’s a top and bottom coalition: he carried the very lowest and highest income and education groups, while his support sagged among those in the middle.

His strongest groups are blacks and gentry liberals — the same two groups he gathered together when he got to design his own state Senate district in 2002. Majorities of both groups still support him, but perhaps with diminished enthusiasm. Black crowds unexpectedly started walking out before he finished talking at recent events in Prince George’s County, Md., and Milwaukee.

Moreover, the geographic clustering of blacks and gentry liberals in central cities, sympathetic suburbs and university towns puts the Obama Democrats at a disadvantage in equal-population districts where Republican voters are spread more evenly around.

That explains House races but what about the Senate ?

Bill Clinton was credited with competence and acceptable ideology, which made his party competitive in the early 2000s and well-positioned to take advantage of George W. Bush’s perceived incompetence (Iraq, Katrina) in 2006 and 2008.

President Obama’s ideology — expanded government, Obamacare — has been less widely acceptable and his reputation for competence is currently in tatters. He was able to eke out re-election with a reduced percentage by good organization. But he leaves his party in trouble.

Yes, Hillary Clinton leads in polls for 2016. But her numbers have been sagging. And other Democrats poll worse against not-very-well-known Republican alternatives than I can remember any party’s potential candidates polling in the last half-century.

We can only hope that the fraud and low information voter don’t win this time.

Now the president is full of resentment, fatalistic, irritated at being ignored or disrespected by his people and The People. But this doesn’t come from long years of attempts to bring the parties together to forge compromise – it comes from his realization that he’d rather golf than put up with the demands of the job. If Obama truly thought that politics only consists of getting elected, he was truly naïve about the demands of the presidency – just as he has been naïve about the nature of the Republican Party, conservatism and libertarianism, party and congressional politics, the public’s desire for wage growth and job security, even middle eastern dictators’ and terrorists’ assessment of their own interests.

The stunning part is the nature of this naïveté. It is not that it is the high-minded academic view of a cloistered college professor – it’s the naïveté of a dim-witted screenwriter, an acceptance of an beau ideal of the American presidency that is most recognizable as an invention of Aaron Sorkin, not a reflection of history.

I was unimpressed with this man from the beginning.

He was created by an Illinois politician named Emil Jones.

It’s a lengthy record filled with core liberal issues. But what’s interesting, and almost never discussed, is that he built his entire legislative record in Illinois in a single year.

Republicans controlled the Illinois General Assembly for six years of Obama’s seven-year tenure. Each session, Obama backed legislation that went nowhere; bill after bill died in committee. During those six years, Obama, too, would have had difficulty naming any legislative ­achievements.

Then, in 2002, dissatisfaction with President Bush and Republicans on the national and local levels led to a Democratic sweep of nearly every lever of Illinois state government. For the first time in 26 years, Illinois Democrats controlled the governor’s office as well as both legislative chambers.

Jones had served in the Illinois Legislature for three decades. He represented a district on the Chicago South Side not far from Obama’s. He became Obama’s ­kingmaker.

Jones made Obama a Senator like other, nameless, people made him a law student.

I called Kelley last week and he recollected the private conversation as follows:

Jones appointed Obama sponsor of virtually every high-profile piece of legislation, angering many rank-and-file state legislators who had more seniority than Obama and had spent years championing the bills.

And that’s how it happened. Plus, of course, Axelrod getting the Chicago Tribune to open the sealed divorce records of Jack Ryan, Obama’s opponent.

Like many nasty divorces, especially with custody issues, things can be said that are not true and devastating to a political career. The judge, of course, was a Democrat. Gov. Gray Davis appointed Schnider, a Democrat, to the Superior Court in 2002. A California Democrat at that.

No matter, It was Chicago and the fix was in. Ryan eventually dropped out and the rest is history.