At the time I thought my friend was exaggerating, or perhaps a little bit crazy. But now it has moved to the point where I usually receive 1-2 packages each week from Amazon and now the yellow “minion” boxes abound in my condo. 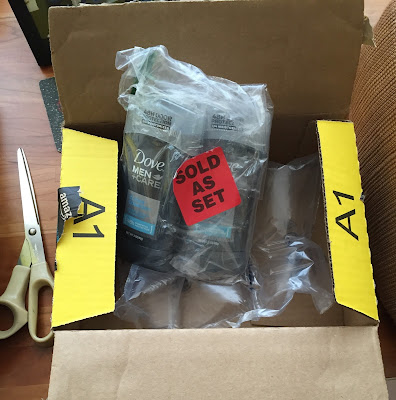 What happened? I started to realize that with free shipping and the fact that my iPhone is usually nearby, whenever I am “out” of something around the house or need something that is unavailable, I just pick up my phone, type in a description in the App, and buy it immediately. Then I typically forget about whatever it is that I bought until I open up one of the regularly arriving Amazon boxes and go

Oh, that’s what I needed

You can buy pretty much everything that isn’t immediately perishable on Amazon, except for a few things like liquor. Thankfully I live near an enormous liquor store (but unfortunately not a high end grocery store, River North lacks a Whole Foods or Mariano’s) so that’s covered.

For a brief moment I periodically feel bad for local merchants; why can’t I just go to the store and buy some deodorant like I used to rather than ordering it from Amazon and having someone put it in a box and ship it to me from who-knows-where? The answer is that local retailers aren’t usually a great bargain; the prices are better on Amazon, and it is a pain to go somewhere and take a half hour to walk there and back just to pick up a random item you need.

One thing that I needed to learn was to give everything a few days; you can’t wait until you are totally out of something when you order more. As you start to run down just pop open the app, order it, and give it a while to get there. It usually arrives before you need it.

The scale of what is sold on Amazon is amazing, so that you normally can find anything you need. Local retailers, by contrast, only have a few items on the shelf and they need to make a bigger profit to make up for the high costs of doing business in Chicago. There are items that you probably don’t want to buy on Amazon, such as higher end clothes or items that you need to see in order to buy properly, but even for those items you can buy the “second” one if you like the first one on Amazon. After a while you, too, will start to get a box or two every week from Amazon.

One minor nit is that I classify all of my credit card transactions but Amazon comes through as a “bookseller”. Obviously I am buying everything from groceries to household goods to odds and ends of all sorts, but hardly ever books, through Amazon. They do make it easy to review all of your recent purchases on their web site so I can do that from time to time if I want to understand where my money is going.

For the title in the post – I didn’t know that there is a “real” word called “Amazon-ification” but apparently it is out there all over the internet. And I thought I was being clever…

17 thoughts on “The “Amazon-ification” of Retail”