Recently I went to Oregon for the first time. In my past work as a consultant and during vacations I’d been to 48 states – but not Oregon or Hawaii. We started out in Portland and traveled around most of the state and it was a good time, with a lot of odd insights.

The architecture in Portland was spectacular. I am a fan of the “Dwell” type house; a modern look with lots of glass. Portland had many older houses (Victorians) along with a lot of great new construction, especially in the downtown area. 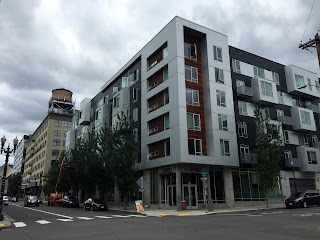 Oregon in general had many older cars, often in pristine condition. I saw a lot of older pickup trucks off the main roads, still working hard for their owners. Not sure why but generally it must be that they don’t salt their roads. 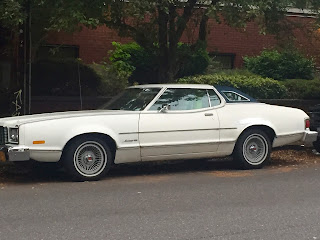 There were a lot of strange looking folks in Portland. Nose rings were very common, and not just the “stud” kind, and tattoos were everywhere. I was too polite to take a lot of pictures but here’s some funny looking cars and dogs. 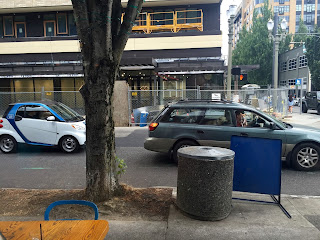 I’ve seen the show “Portlandia” and they have the “Women’s and Women’s First Bookstore” which obviously isn’t real but isn’t as farfetched as you might think. There were a few funky new age bookstores in the Northwest side of Portland near our hotel. 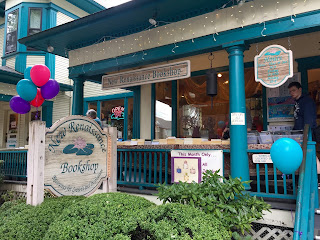 But here’s something from Portlandia that is real… Voodoo Donuts which had a line that stretched a long way in front of the store, and people bought big pink boxes of donuts. This looked like the “Krispy Kreme” craze before that played out as they over built the chain across the USA. 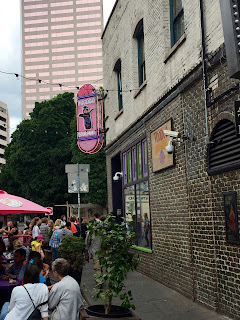