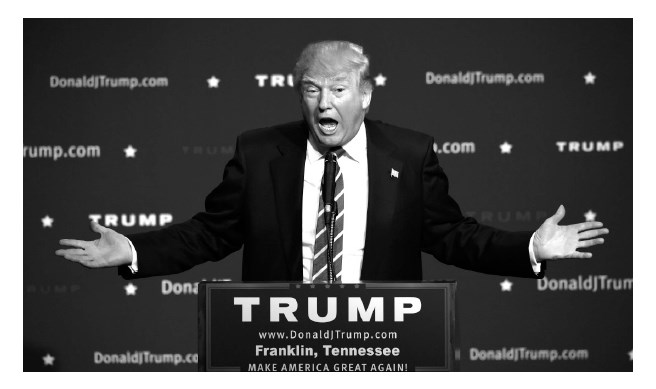 Glenn Reynolds has known about this for a long time.

“This illustrates, in a mild way, the reason why totalitarian regimes collapse so suddenly. (Click here for a more complex analysis of this and related
issues). Such regimes have little legitimacy, but they spend a lot of effort making sure that citizens don’t realize the extent to which their fellow-citizens dislike the regime. If the secret police and the censors are doing their job, 99% of the populace can hate the regime and be ready to revolt against it – but no revolt will occur because no one realizes that everyone else feels the same way.

Peggy Noonan has written about it several times.

But in my experience any nonpolitical person on the street, when asked who will win, not only knows but gets a look as if you’re teasing him. Trump, they say.

I had such a conversation again Tuesday with a friend who repairs shoes in a shop on Lexington Avenue. Jimmy asked me, conversationally, what was going to happen. I deflected and asked who he thinks is going to win. “Troomp!” He’s a very nice man, an elderly, old-school Italian-American, but I saw impatience flick across his face: Aren’t you supposed to know these things?

In America now only normal people are capable of seeing the obvious.

This is something I have been looking at for a while.

Can the GOP really be so out of touch with the legions of out-of-work Americans — many of whom don’t show up in the “official” unemployment rate because they’ve given up looking for work in the Obama economy? With the returning military vets frustrated with lawyer-driven, politically correct rules of engagement that have tied their hands in a fight against a mortal enemy? With those who, in the wake of the Paris and San Bernardino massacres by Muslims, reasonably fear an influx of culturally alien “refugees” and “migrants” from the Middle East?

I think it is. Today at Ann Althouse’s blog, I saw some interesting comments.

I don’t understand how it works to just crudely throw insults at Trump when your substance is that Trump speaks bluntly. David Begley, you, in particular, sound like the very problem you are trying to attack. Except your type of attack has been plainly unsuccessful, and Trump’s speech — whatever it is, however it is the same or different from yours — has been phenomenally successful. Don’t you think you need to analyze this communications problem? Or do you just spout simple insults that pop into your head? Is that what you imagine Trump is doing? Because you are wrong, and you don’t even bother to find out exactly how you are wrong. There is an art to blunt, clear, surprising speech. Most politicians don’t try to do it because it’s too hard to do right. At least KNOW that you’re not doing it right. Otherwise, this is just headslappingly stupid.

That was Ann to a commenter. An informed commenter who has attended quite a few public meetings of candidates in Iowa. The commenter responds:

I think Vietnam vets will especially be interested in Donald’s own personal Vietnam, as told to Howard Stern. Google it.

I just don’t think this is helpful although venting may be useful in the Kubler-Ross stages of grief that seems to be going on. If it gets too far into the potential pool of GOP staff candidates, it might cause harm as Trump might avoid people who seem to hate him and choose less competent people to staff an administration. More from Peggy.

They are figures in government, politics and media. They live in nice neighborhoods, safe ones. Their families function, their kids go to good schools, they’ve got some money. All of these things tend to isolate them, or provide buffers. Some of them—in Washington it is important officials in the executive branch or on the Hill; in Brussels, significant figures in the European Union—literally have their own security details.

Because they are protected they feel they can do pretty much anything, impose any reality. They’re insulated from many of the effects of their own decisions.

One issue obviously roiling the U.S. and western Europe is immigration. It is THE issue of the moment, a real and concrete one but also a symbolic one: It stands for all the distance between governments and their citizens.

It is of course the issue that made Donald Trump.

We are seeing the same thing in Britain, which has an even worse problem with immigrants.

in Britain, both London Mayor Boris Johnson and mayoral candidate Zac Goldsmith have come out against staying in the EU. On this news, author Jim Bennett emailed me: “Are we seeing a preference cascade for Brexit? Although many are already for it, of course, mostly they have been either old-line Tories or working-class marginal malcontents. Boris and Zac are part of the rich, well-connected, cosmopolitan London set which has always been presumed to be Europhiles. Watch this phenomenon.”

It used to be, of course, that the lower and middle classes were stuffy and constrained by social convention while the freethinkers at universities and in the ruling class got to experiment with unconventional ideas. If their experimenting got enough success, then it might eventually filter down to ordinary people. (The sexual revolution worked this way, more or less).

That was Reynolds about the situation in Britain. We visited friends in Britain in September.

It seems that traditional English are self-segregating into smaller cities in the southeast that have sky high real estate prices, somewhat similar to Orange County prices in California. In both cases, I think they are islands of safety and traditional values in countries being over run by immigration and deteriorating urban cores.

Here is another attempt to explain Trump.

But all that is not enough to explain his sudden rise. The missing piece of the puzzle is the artificiality of public life in the United States. In a land of chain stores, internet memes, pop-culture formulas, and endless consultants, Trump has his own highly charged way of communicating. Whatever the topic, he attracts notice when he speaks.

He’s a successful entrepreneur with a brand he’s created for himself without the aid of pollsters, focus groups, or handlers. As such, his words and actions are of course designed for effect—he’s a pro-wrestling version of a politician rather than an Andrew Jackson or a Mr. Smith trying to go to Washington—but his calculations are his own. They reflect intuition and long experience rather than the advice of consultants, and he’s willing to provoke outrage. So the effect is wholly different from that of another candidate repeating commercially prepared talking points.

I agree with this. What are his points ?

So he’s not for sale, part of the club, or susceptible to pressure, and today that counts for everything. To put it differently, he seems his own man, and he’s not politically correct. That matters, not just as a selling point, but substantively, because p.c. is a serious matter. At first people thought it a joke, then an annoyance, and eventually a constant drag on life in general. Now, in the age of flash mobs that enforce insane beliefs by destroying careers, people are realizing that p.c. is much more than that.

In fact, political correctness is a genuine threat to any tolerable way of life.

I agree with this as well. We are in an era when Brendan Eich, a successful technology expert and founder of the Mozilla Corporation, can be forced to resign because he once donated $1,000 to Proposition 8 in California that would have restated the status of marriage as “between a man and a woman.”

Critics of Eich within Mozilla tweeted to gay activists that he had donated $1,000 to California Proposition 8, leading Eich to say on his blog that he was sorry for “causing pain” and pledged to promote equality at Mozilla. Gay activists created an online shaming campaign against Eich, with OkCupid declaring they would block access to the Firefox browser unless he stepped down. Others at the Mozilla Corporation spoke out on their blogs in his favor. Board members wanted him to stay in the company with a different role.

On April 3, 2014, Eich stepped down as CEO and resigned from working at Mozilla after it was revealed that he donated funds to a California Proposition 8 campaign whose objective was to ban gay marriage in California.

Actually, the language did not mention “gay marriage,” but stated “only marriage between a man and a woman is valid or recognized in California,”

The proposition passed with 52% of the vote and was overturned by a federal judge with a history of leftist activism, who later married his gay lover.

The 9th circuit, a well known leftist court, upheld the ban and Jerry Brown, then Attorney General, declined to appeal. The gay activist movement also pursued the LDS Church and any other supporters of the proposition they could identify. The reign of terror toward opponents of gay marriage has continued with lawsuits and fines imposed by bureaucrats on cake bakers who declined to participate in gay marriages. Wedding photographers have also been pursued and punished for declining to participate on religious grounds.

Today the New Mexico Supreme Court ruled that Christianphotographers cannot decline to participate in gay-marriage commitment ceremonies,even though that state does not have gay marriage and the court acknowledgedthat providing services for the ceremony violated the Christian’s sincerely-held, traditional religious beliefs. This becomes one of the first major cases where religious liberty collides with gay rights, and could now goto the Supreme Court of the United States.

And the “protected” wonder where Trump came from.

In other words, p.c. is Totalitarianism 2.0: a bureaucratic system, seemingly gentle, that possesses unlimited power over human attitudes, understandings, and relations, and feels called upon to use that power to construct a self-contradictory system of equal freedom and esteem. The attempt will fail, just as Bolshevism and Maoism failed, but it will do immense damage before it is given up.

One aspect of that attempt, which is responsible for much of Trump’s popularity, is a radical reduction in popular influence on government. If popular habits and understandings need constant transformation in ever more basic ways, because they always fall short of evolving standards of decency, they obviously shouldn’t guide public policy. That is for those who know better.

Political correctness itself, with its celebration of diversity and suppression of traditional distinctions, advances the cause in a fundamental way by suppressing social connections—family, inherited culture, religion—except for the bureaucratic and market arrangements through which the intended system would function. Those older arrangements are considered irrational, unequal, and uncontrollable, and they act as if they have the right to decide things, so why allow them any legitimacy? Why not get rid of them by multiplying incompatible versions of each and insisting they all have equal status?

I rest my case.

56 thoughts on “A Preference Cascade is Forming.”