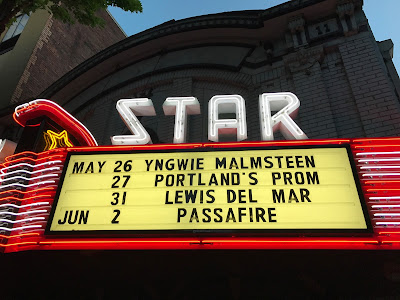 When I was in high school Yngwie Malmsteen hit the metal scene like a hurricane. That was back in the day when you would have long and furious arguments about who was the “best” guitarist (remember, we didn’t have the internet and had to fill our time with something other than social media). When Yngwie emerged the term “shredding” became the norm and Yngwie was the apex of that style of guitar playing – almost the photo that you would put adjacent to that term in the dictionary.

His debut album “Rising Force” was a classic in that genre – mostly instrumental and filled with probably just about the recommended dose of Yngwie for most non die-hard fans. The hand raising his iconic guitar above the fire is the image of Yngwie that jumps into my mind first and foremost. 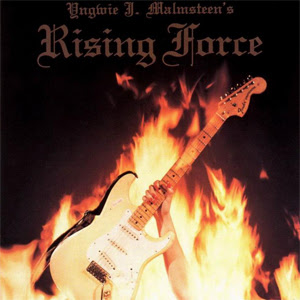 I saw Yngwie on Friday night at the Star Theater in Portland. Yngwie has settled down a lot – he used to be quite a hell raiser and smashed his car and went into a coma for a week in the 80’s – but now he doesn’t drink (from interviews I’ve seen) and although he is a bit bigger than he used to be – he still moves around the stage a lot and does guitar tricks of various types. If you want to pose like a rock star guitarist – go see Yngwie. 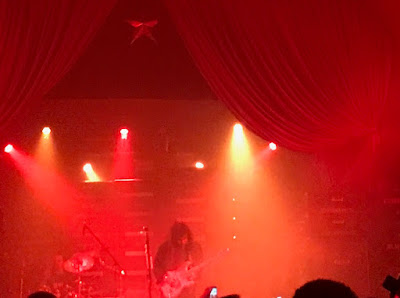 The show was fine. The theater was pretty small and it was packed and the crowd was enthusiastic. However, after a while, all the songs blur together and although I am a fan, I didn’t recognize a lot of it after a while. He plays REALLY fast and even the songs you know well (from the debut album, for instance) are hard to pick out of the pack.

The best part about the show is that there was originally an opening act and then they dropped the opening act, so it was just Yngwie. It is stupid to have opening bands for anyone as iconic as Yngwie, unless Steve Vai is in town or something (that is a joke). Anyone going to see Yngwie is there to see Yngwie – an opening band literally sells zero incremental tickets and is just wasting everyone’s time.

A shout out to Portland for having reasonable drink prices – a king can of PBR was $3 at the show – a price so cheap that you don’t even have to pre-drink (although I did have a couple of beers with dinner). That beer is definitely $8 in Chicago at a show if not more.