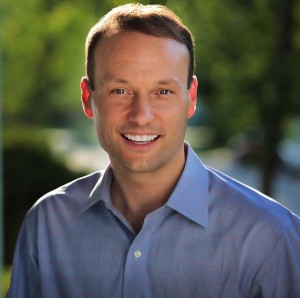 Adam Andrzejewski is the only person running for the Republican nomination for Governor of Illinois who presents any hope of turning around the dire decline we are facing.

I had the pleasure of meeting Adam recently, and he confirmed the positive impression I got from his website. He is very smart, aware of the gravity of the problems facing Illinois, and has some concrete plans to change the way business is done here.

I was most impressed with his proposals to take on the culture of corruption that has made the once-great State of Illinois a national and even global joke.

Take a look at the issues pages on Adam’s site. Then compare the specifics he offers with, for example, the nonexistent proposals on Jim Ryan’s site, or the comparatively vague proposals of the long-time insider, and purported front-runner, Andy McKenna.

The insiders in both parties are so tightly wound in Illinois that they are referred to as “The Combine.” The GOP serves as nothing more than the junior partners in a combined Machine, and appears to have no principled differences whatsoever from the Democrats.

Adam’s candidacy presents a chance to move toward a genuine two-party political process in Illinois, and to start getting the financial mess under control.

Let me also address the cynical response that he “can’t win.” There is a large field, turnout will probably not be huge, and it won’t take much for one of the GOP candidates to pull ahead. So, vote for the best guy.

Plus, as Lech Walesa — an Adam supporter — put it: “Nobody gave us a chance to win over the communists. Nobody. And we proved them wrong.” The Combine can also be beaten.

Please take a look at Adam’s site if you are an Illinois voter.