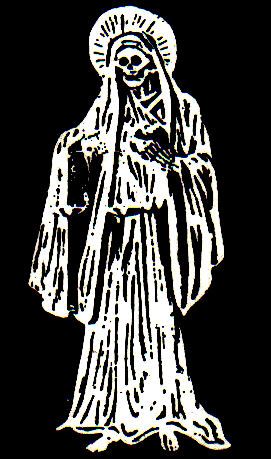 Conventional wisdom holds that narco gang and drug cartel violence in Mexico is primarily secular in nature. This viewpoint has been recently challenged by the activities of the La Familia cartel and some Los Zetas, Gulfo, and other cartel adherents of the cult of Santa Muerte (Saint Death) by means of religious tenets of ‘divine justice’ and instances of tortured victims and ritual human sacrifice offered up to a dark deity, respectively. Severed heads thrown onto a disco floor in Michoacan in 2005 and burnt skull imprints in a clearing in a ranch in the Yucatán Peninsula in 2008 only serve to highlight the number of such incidents which have now taken place. Whereas the infamous ‘black cauldron’ incident in Matamoros in 1989, where American college student Mark Kilroy’s brain was found in a ritual nganga belonging to a local narco gang, was the rare exception, such spiritual-like activities have now become far more frequent.

These activities only serve to further elaborate concerns amongst scholars, including Sullivan, Elkus, Brands, Manwaring, and the authors, over societal warfare breaking out across the Americas. This warfare- manifesting itself in ‘criminal insurgencies’ derived from groups of gang, cartel, and mercenary networks- promotes new forms of state organization drawn from criminally based social and political norms and behaviors. These include a value system derived from illicit narcotics use, killing for sport and pleasure, human trafficking and slavery, dysfunctional perspectives on women and family life, and a habitual orientation to violence and total disregard for modern civil society and democratic freedoms. This harkens back to Peter’s thoughts concerning the emergence of a ‘new warrior class’ and, before that, van Creveld’s ‘non-trinitarian warfare’ projections.

Cultural evolution in action, accelerated by extreme violence. More on the cult of Santa Muerte here ( hat tip to HistoryGuy99)

9 thoughts on “Religions of the Chaos Lords”