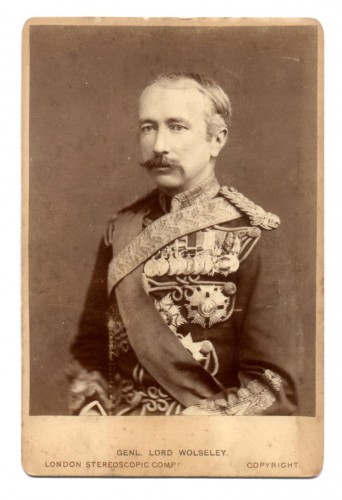 We are a bookish bunch around here, and I always like to hear what other people are reading and liking.

So, as 2010 ticks away to its conclusion, I open the floor to answers to this question. I note that it does not have to be something published this year, just the best book you read this year, no matter how old it is. I would rather have you say a few words about the best one, hard as it may be to pick, than just list a bunch of good ones. Discipline, my dears: Choose. Just. One. Then, say why it was so good.

(I had an earlier post saying that Stefan Zweig’s The World of Yesterday may be the best book I have ever read, and I posted it on January 2, 2010. So, maybe that counts. But I started reading it Christmas day, 2009, so I am going to count that one as a 2009 book.)

This year, I have read many good ones. In fact, this year I read some of the best books of my life, focusing on Victorian war memoirs and travel memoirs, and I have mentioned a few here on ChicagoBoyz. But, I will pick just one:

Wolseley was the most distinguished British soldier in the later decades of Victoria’s reign. He is a clear, vigorous, honest writer. He is an acute observer, and he makes strong and blunt judgments. He describes the effect of wounds with clinical accuracy. His career beggars belief. In the book he describes fighting against bandits in Burmah, the long hard fight in the Crimea, a shipwreck on the way to China, turned around to fight in India during the Sepoy Rebellion, on to China during the Second Opium War and the destruction of the Summer Palace, observing the Tai Ping army, over to North America to observe the Confederate Army and meet General Lee, up into Canada, through pristine wilderness, to put down Riel’s rebellion, some time at the War Office, then organizing and leading the campaign against one of the many “races of virile savages” on the edges of British power, the Ashantee. Wolseley never got to a volume three, which would have included helping to finish off the Zulus and conquering the Sudan. There are books it is hard to put down. This one was so exciting that I could barely remain seated while I read it. To read it is to live for a while in a very different world, with a hard-edged moral code, with a man who speaks English very clearly, but who thinks and says things that we would not think or say today.

For example, I discussed Wolseley’s views on race to a friend this way:

The idea that “racism” is a unitary phenomenon is seriously wrong. To select a paired set of example. Hitler was a racist. So, in a way, was Garnet Wolseley, a Victorian officer whose memoirs I recently read. But they were “racist” in totally different ways. Hitler was an ideological fanatic, impervious to evidence, hating a “Jew” that mostly existed in his imagination. Wolseley was an extremely practical man who had limited resources with which to conquer and hold vast territories and populations under the potitical control of his government. Hitler made up a fantasy world based on racial myths. Wolseley observed that certain groups had certain characteristics, as a general matter, and he took those facts into account just like terrain, weather, and weaponry and other practical considerations. He did not have the luxury of living in a make-believe world where everyone was exactly the same, or where one group was generically superior. Hitler told himself a self-congratulatory and flattering story about his own group, which led him to make incredibly impractical decisions. Wolseley looked just as hard at his own group, the English, and saw its strengths and weaknesses. He admired and extolled the former, but admitted and tried to work around the latter. He treated these facts about his own people with the same cold practicality that he treated all practical questions. To celebrate “culture” when it suits us or pleases us or flatters us, but to deny its reality and force when it does not, is ultimately dishonest. We need to understand people in the past as they understood themselves, not merely as chess pieces in our current struggles.

Another example is his belief in the moral value of war, as a strengthener and purifier of the nation. Yet another is his unabashed belief that force can and should be used for national greatness and prestige, without any further moral considerations. These are ideas that virtually no one in America or Britain would expound today, certainly not someone who is one of the most influential figures in the government and in the public eye.

Wolseley did not live to see World War I, and the catastrophic losses it caused, and the great disillusionment that followed it. He did expect some great national struggle, perhaps against the Germans, perhaps the Americans, and he expected it to be very hard fought.

To spend several hours in the company of this forthright, unsentimenatal Victorian officer is to understand those times in a way that no amount of third-person history can possibly convey. That is the great value of going back to these memoirs.