This is the big news in London, not the referendum whose results we shall not know till tomorrow evening: the St Pancras Renaissance Hotel, a gorgeous, late Victorian building, between St Pancras Station and the British Library, saved in the sixties through the tireless work of the great Sir John Betjeman, has officially reopened after many years of renovation and reconstruction. More on the Conservative History blog. 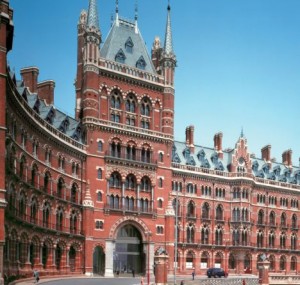