When I first saw this alligator it was lying motionless, half out of the water, maybe ten feet away from where it was in the picture and facing the opposite direction. It looked lazy. Then I turned around to talk to someone for a few moments. When I looked again the gator had moved to the spot in the picture and was again motionless. No one had heard or seen it move. It was just there. Spooky. I have heard that they can be very quick, and I believe it. They are usually not aggressive towards humans, and I think it was simply moving under the road, from one side to the other, via the concrete channel it was in. Nevertheless, in the future I am going to try not to turn my back on them. 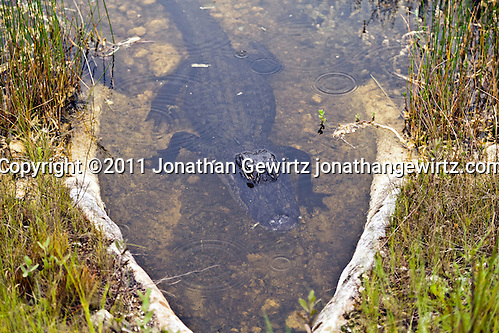 8 thoughts on “What I Learned About Alligators”