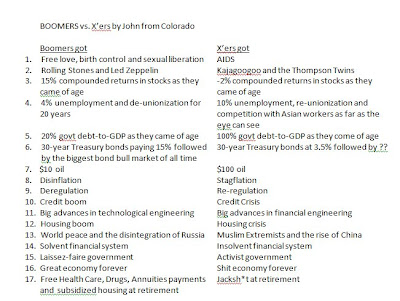 This is along the same lines as Dan’s post below about generation differences. My friend John from Colorado put it together and it pithily sums everything up.