It has been quiet but tense here in Chicago awaiting the NATO protests now that the G8 is being held at Camp David. There hasn’t been a lot of action but the police presence is heavy. 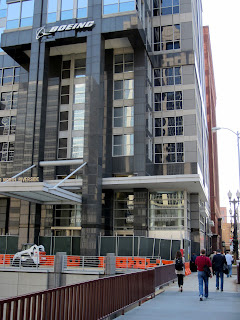 Here is a view of the Boeing HQ that has been boarded up with fences setup. I think that our Mayor didn’t approve of this because he wants to see “business as usual” rather than everyone hunkering down for a riot but there will be some sort of protest here on Monday due to Boeing’s role as a defense supplier for NATO (or whatever the “rationale” is for the protestors). 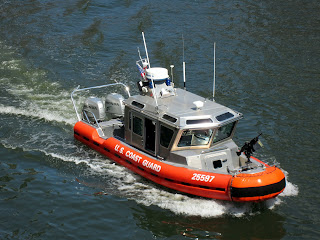 I was driving back to Chicago from Champaign (located in the middle of the state) last weekend when I saw boats exactly like this (with the red Coast Guard logo on the side of them) coming north on I-57 on the back of a truck. I did not see the machine gun in front, however. These boats are patrolling the Chicago River and a couple of times I saw the machine gun up front manned. It would be interesting to determine what you’d do with a heavy machine gun in a crowd control situation, but that likely is for a more formal threat to NATO. 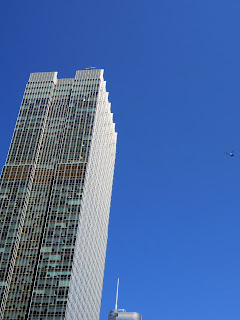 Helicopters are overhead all day long and you can hear the droning of their propellers. That building next to them was (using CGI) part of the Transformers movie – it was split in half I think. 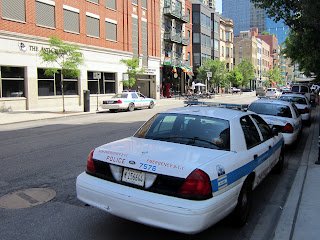 When the Bulls were winning championships the police stationed cars in groups “waiting to roll” to the scene of the disturbance (if it occurs). Here are a bunch of cars waiting in River North. They were all gone later. 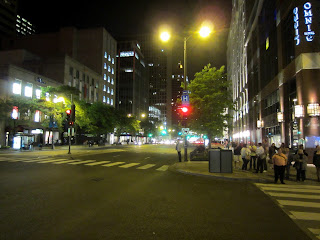 At night I walked along Michigan avenue and there were many less tourists than normal given that it was a beautiful May Friday night. I have been receiving promotions from local restaurants trying to drum up business and I’ve taken advantage of that as well.