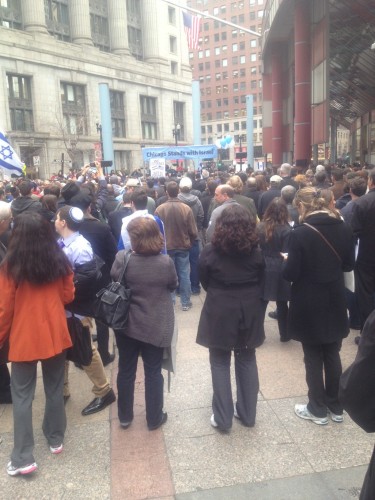 It was a good turnout. Democrat politicians, lots of people in yarmulkes, the Jewish United Fund giving out posters to wave, see below, lots of Tea Party stalwarts. This is a spectrum-spanning coalition indeed. 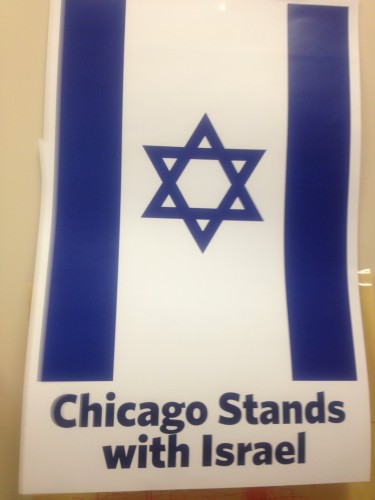