In India we saw a wide variety of animals. We weren’t on any sort of nature excursion and only saw those that happened to be at our popular tourist locations or out the window of our bus as we sped by (or sat in traffic).

The most famous were the elephants at the Amber Fort. At 8am they begin queuing up for tourists and you can ride on their backs 2 at a time (they apparently used to do 4 passengers but then went down to 2 after complaints from activists). Our elephant was slow and a bit balky but it was a lot of fun. This elephant coming towards us was made up for the Dawali holidays apparently. 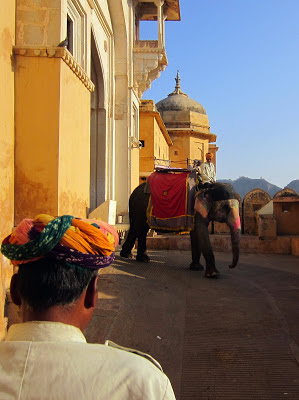 Due to the fact that I was pretty much limited to coffee, bottled water, and beer, I spent a lot of time looking at that brightly colored bird on the Kingfisher beer bottle. 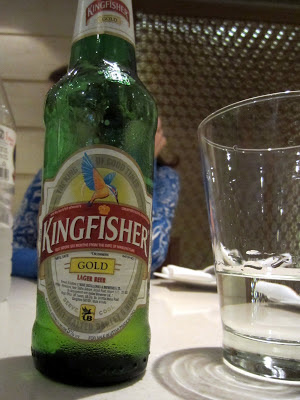 All that nature study came in handy when a Kingfisher came and landed right in the pool where we were staying! 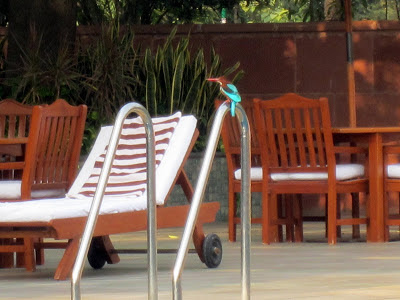 Cows of course were everywhere. Cars stopped for them and many of the cows looked to be in decent shape, although some were getting old in the tooth. 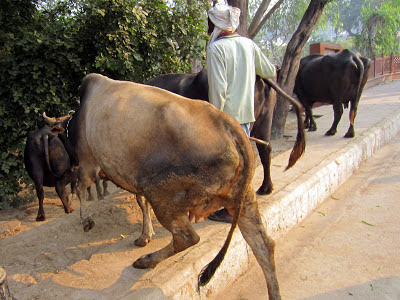 I did see a lot of camels, too, particularly in the more arid regions of India. They weren’t just used to pull tourists around, they also carried loads for farmers and for shopkeepers and construction. 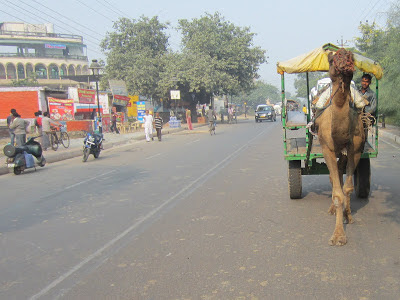 Horses were also used not just for tourists but for practical matters like pulling construction loads, as well. Stray dogs were everywhere – they slept in the sun, scratched at fleas, and everyone gave them a wide berth because they were assumed to be carrying some sort of disease. I don’t own a dog but some of the people I traveled with did and it broke their heart to contemplate a dog’s life in India. It wasn’t pretty. 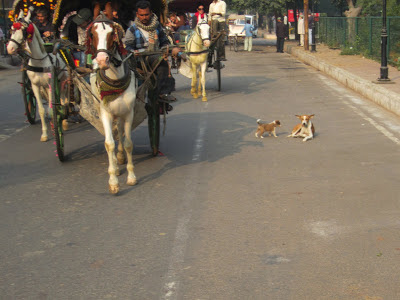 We saw this Peacock on the roof of a nice restaurant where we had lunch in Delhi. 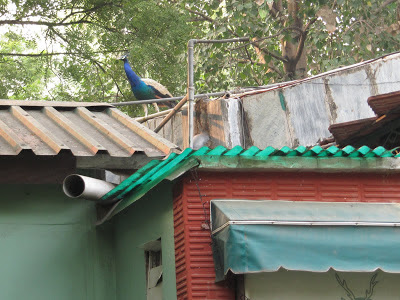 Since I rarely encounter monkeys during my normal course of business in Chicago I was very happy to see them anywhere in India. Here a tourist and the monkey are running along together at the mosque near the Taj Mahal. A large money scared the crap out of me at a nice hotel we stayed at in Neemrana that was adjacent to the forest as I walked through a darkened outdoor hallway. 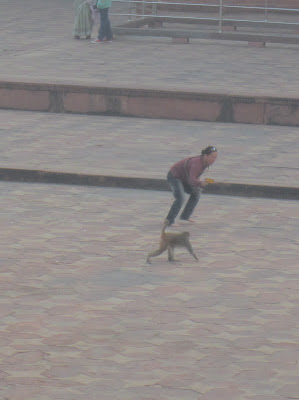 The green parrots at the Taj Mahal were beautiful 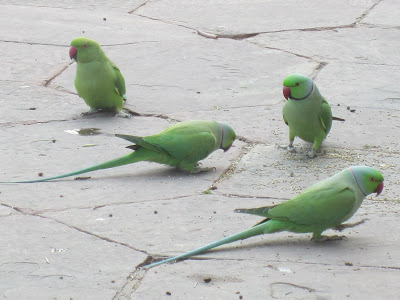