The federal threat of banning of certain firearms and hi-cap mags has eased for now. The Hairy Reed said so.

Politicians are still willing to present some new background check legislation for what that’s worth. A second separate gun ban bill will be proposed but highly unlikely to pass.

The gun grabbers may seem to be in retreat mode but will be firing back when they believe any upcoming tragic event provides them with another opportunity to try it once again. One thing I know for sure about libtards is they never give up until they accomplish their ultimate Utopian goals. On this issue that would mean eliminating private ownership of all firearms no matter what the spewing heads in the media say. Some states will ban a this or a that and maybe that’s the way it will happen. For now I am still proud to be an Indiana resident and happy refugee from Illinois.

Coincidentally for the last three days the ammo truck came through. Since the 5 box limit is still on we are now able to make it through an entire day with some leftovers except .22LR. Each morning the ammo locusts enter and clean that category out within the first 30 minutes even with a 100 round limit. In my observation .22 LR is currently THE most popular round, taking over in requests for all rifle and handgun ammo combined.

Soon all things relating to firearms should get back to normal, becoming more available and prices easing up at retail. Our customers will be more at comfortable when coming in to buy ammunition and I can get busy dong my job instead of making excuses why the shelves are bare. Answering the phone and not being asked if we have any .22 or 9mm ammo in stock will be a relief in itself. I will feel much better when the first boxes of PMAG’s arrive and an assortment of AR’s occupy the shelf once again.

Credit goes to the NRA and all its members new and old for placing pressure on the Trotskyite politicians, it looks like the grabbers will head back to their hide-holes for a while. But they will be back. There are times when I watch Wayne LaPierre on television and cringe. We could use a more articulate and plain-spoken spokesman (paging Dr. Ben Carson) in my opinion but Wayne did get the job done. In addition, all the law abiding gun owners deserve praise for calling their representatives, calling in talk shows and doing what it takes to demand our Constitutional right to self protection. Citizens spoke with their wallets too, buying record numbers of firearms of all types and (I hate to say this) buying up every box of ammo, bullet, primer, press and powder container in sight. Reloading has become extremely popular. Special credit goes to all the first time gun buyers especially the women. Many more women now feel much safer when out walking or jogging alone. Practice, practice and practice, ladies.

We’re still out here in flyover country clinging to our guns and religion. We’re prepared to put up a fight again whenever our Constitutional right to personal protection and right to hunt is threatened. No east coast libtard with a Central Park West worldview is taking away our Second Amendment rights dammit.

The grabbers will be back and you can count on it. Until then stay vigilant. This could be my last entry for the “Tales From The Front” category for a while. 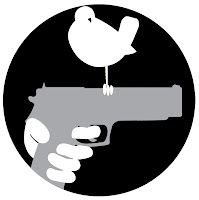 Peace, Love and The Second Amendment.

2 thoughts on “More Gun Control Tales… From the Front Lines”