As a rock music fan, it is difficult for me to stand back and appraise the impact of rock and roll in an objective and neutral manner. Growing up, I listened to music continuously, and over the years have bought it in almost every format from album to cassette to CD to digital. I owned early MP3 players (like the Rio) on to pretty much every variety of iPod. In addition, I have been going to concerts for many years, some of which I’ve discussed in the blog. I’d consider myself pretty knowledgeable about rock music from the ’60s through today.

At Lollapalooza I’ve seen the growth of “Perry’s Stage”, which is an electronic music tent. Here is a link to a post I wrote about it after the August 2011 show. I noticed how the young kids migrated over to the DJs and had a great time, while the “old” concert goers sat on blankets and watched the mainstream acts.

Today we look back on rock music as if it has always existed in its current form but it used to be an electric, alive, underground party. The rebellion has moved over to hip hop but the party migrated over to electronic music. Rock doesn’t stand a chance today in the popular consciousnesses compared to the DJs. 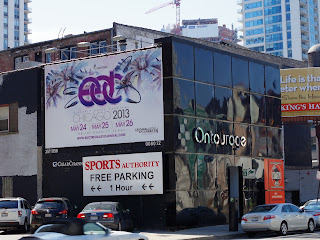 While rock bands struggle to find a few thousand fans at a show, the “Electric Daisy Carnival” can pack in over 100,000 fans a day. Here is the link to the trailer for the inaugural event that they will hold in Chicago.

It is amazing that the last Grammys telecast didn’t feature much in the way of electronic music, but then again they have not been a very good indicator of anything. They had many performers but none of the electronic winners were highlighted (last year they had a mash up with Deadmau5 and Dave Grohl, at least). The Grammys too are in the thrall of the past, but that’s to be expected since their demographics and voters skew so old.

It is easy to figure out where they kids are going. They are heading where ever there are bikinis and a good time. Bye bye rock music.