Recently I saw this sign in River North, indicating the start of another large high rise project, with an optimistic start date of 2016. Apparently there is plenty of money sloshing around to fund the construction of large buildings, because cranes are up in the sky all over the downtown area. I don’t know if lessons have been learned from the last and most recent bust in 2008, where developers who put in only a bit of equity defaulted and handed the projects back to the creditors, who also took big losses. The most obvious lessons would be 1) require developers to put significant equity into the project 2) don’t fund too many projects competing for the same tenants. These projects don’t seem to be condominiums for the most part; I am only speculating but perhaps the failure of so many condominium projects rattled the banks (those that are still standing, at least). 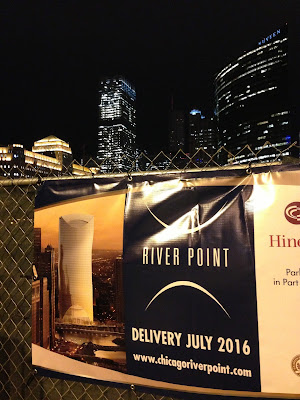 I would consider it a victory if they finished a few of the half-built structures that have stood idle for five or more years without any progress. This hotel in River North is now restarting; I have been looking at this ugly mess for years so it is great to see some sort of actual effort to complete the hotel. 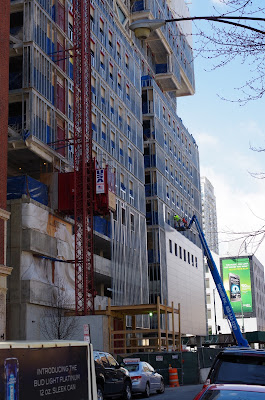 The real issue is whether or not the structures being built right now, at what is likely the apex of the boom, will be seen through to completion. I certainly hope so, because it is depressing to see half-built structures marring the skyline for years. The famous “Chicago Spire” didn’t get far (only a hole in the ground) which is a good thing because it would have been sad to see the “Stub” along the lake shore for years to come.

3 thoughts on “Trying To Sweep Up After the Last Boom…”