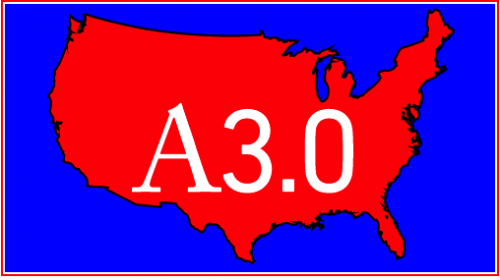 America 3.0 received a great review from Jeff Carter on his Points and Figures blog — which you should read daily.

Back when I was graduating from college, all I heard was how it was time for America to step aside from world leadership. The Japanese would run the show. Today’s college students hear how the American experiment has failed, and the Chinese will step in to fill the void. No doubt, China will be a force in the 21st Century, but America will be too. There is something in our DNA as a country. America 3.0 defines that core competency America has.

As we say in the book: “We are better equipped than most of us know to take advantage of the changes that are already underway, to turn them to our advantage, to once again astonish the world.”

Jeff is one of the people working on making this happen.

2 thoughts on “America 3.0: America’s Best Days Are In Front of Her”