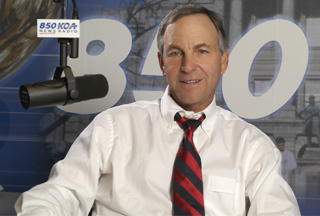 Thank you to Mike Rosen for having Jim Bennett on his radio show on 850 KOA New Radio in Denver today, to talk about America 3.0.

The audio of the interview is here.

1 thought on “America 3.0: Audio of Jim Bennett on the Radio with Mike Rosen”