I went to Key West in late February. We go to Key West figuring that it would be the only place in the US that we were guaranteed some hot weather, because it was a long winter here in the Great Midwest. We flew right into Key West and back out (via Hot ‘Lanta) else I would have tried to hook up with Jonathan down in Florida. 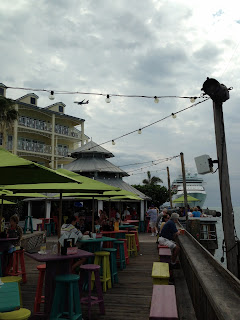 I love the Ocean Key bar. It has everything I am looking for in a bar – a bit of a Tiki theme, it looks right out on the ocean, and it is always hot and warm. Highly recommended. 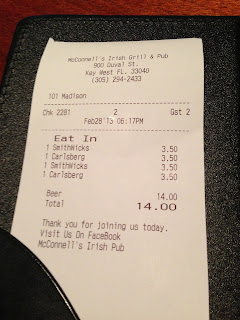 One of my favorite posts (OK it is a bit strange) is on the relative cost of alcohol when I went to Norway. By contrast, you can get by very cheaply on alcohol and reasonably fine dining down in Key West – these happy hour prices were so low I had to snap a picture. Roughly 1/6 the price per equivalent vs. Norway, for what that’s worth. 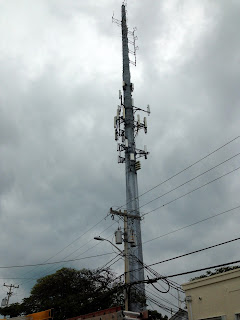 Why is this pole of any interest? Because likely it is the highest point on the island. Everyone needs cell phone service and it has to come from somewhere… 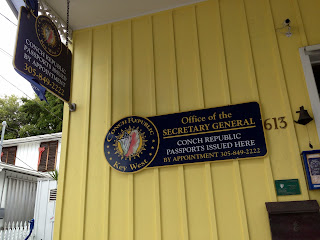 Every iconic tourist place needs a theme to separate themselves from all the rest. In Key West, it is the mythical “Conch Republic“. I was surprised that a non-place had a wikipedia page at all. 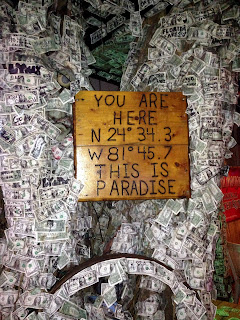 Willie T’s bar in Key West has the money tree.  It is true that Key West can seem like paradise when you’ve come from the midwest in the dead of winter.  There were many filthier things written on dollar bills scattered throughout but I’ll leave that for other blogs. 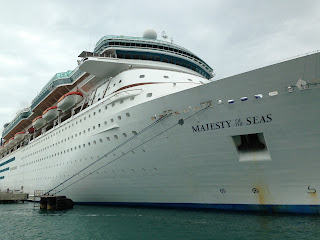 Cruise ships are inevitable in Key West but since the whole city is so damn touristy anyways they really don’t spoil the vibe too much.  Just more drinkers and pale, large sized people out in the sun. 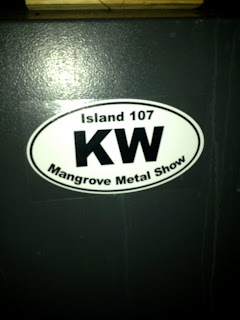 An inside joke with a friend of mine in Colorado was a radio show we called “Mountain Metal” so I had to laugh when I saw “Mangrove Metal”.  Apparently metal is a hardy beast that can survive in a variety of climates. 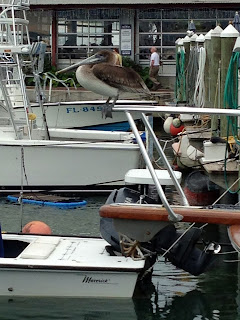 If you like birds, Key West is your kind of place.  This pelican lounges, likely waiting to be fed alongside the huge tarpon which you can feed by hand. 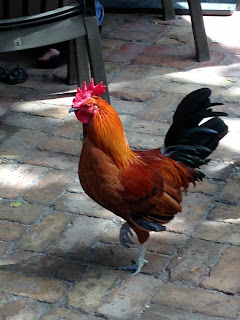 No trip to Key West would be complete without a photo of a chicken.  These birds famously are given free reign in the town. 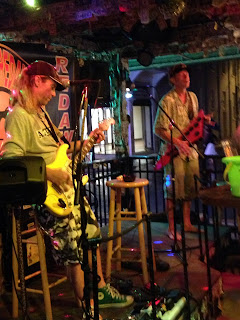 I didn’t want to forget these guys – they were at Willie T’s and probably were the worst band I’ve ever seen.  But since everyone is so plastered in that bar I don’t think anyone really notices. 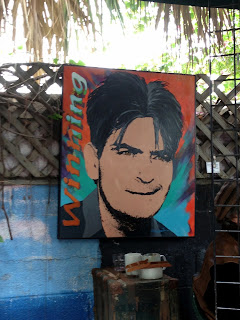 Blue Heaven is a great restaurant / bar on the outskirts of the tourist area where you can lounge outside all day drinking and they also serve great food (with many chickens underfoot).  In the “bar” side (it is all open air) there was an art exhibition aimed apparently at drunks or college humor fans and I loved this Charlie Sheen portrait.

4 thoughts on “Around Key West”