Radar was the “Revolution in Military Affairs” in WW2. If you wanted to know the fighting style of a particular military theater in World War 2 (WW2), you have to know the capabilities of the radars the theater had and how the theater was organized to use them. This isn’t just a matter of creating an early warning air defense system, like was used in the Battle of Britain. The far more important and little understood reason is stated in two words — “Operational losses.” The leading killer of aircraft in WW2 was “Operational Losses.” Operational losses are what happen when bad fuel, bad weather, bad parts, bad maintenance and just plain “getting lost” catch up with pilots. Radar as organized & practiced by the Western Allies saved many poor or average pilots that had all of the above happen to them to fight another day and become good pilots. However, when you try and find what radars MacArthur’s South West Pacific Area (SWPA) had in WW2, how and by whom they were used, there is very little in the US Army and US Air Force institutional histories.

The researching of Douglas MacArthur as a “Fighting General” in WW2 means you become used to discovering frustrating dead ends in established narratives. In the case of MacArthur’s radars, it was an exercise in internet searching to gain the understanding that these most important elements of MacArthur’s WW2 fighting style — his Australian and British radars — were designed completely outside the US Military. These radars were either not well documented in the narratives, or if they were, how they were used was classified until as late as the 1990s. Chief among these items from outside the US military were: 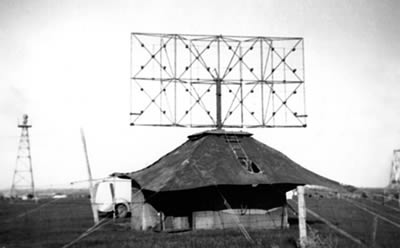 All of these radars were used by MacArthur’s US Army Signal Aircraft Warning (SAW) Battalions and RAAF radar detachments in WW2. The war diaries of the SAW battalions, which were taken over by the US Army Air Force (USAAF) from the Signal Corps in 1943, were classified by the sucessor independent USAF until the mid-1980s. While much of the information on the production and use of the “LW/AW” was hidden for 50 years due to Australia’s “Official Secrets Act” sealing of RAAF war records, the LW/AW’s war record in the SWPA was only brought to light in the 1990s by the dogged, unofficial, work of Ed Simmonds — a WW2 Royal Australian Air Force (RAAF) radar Technical Sargent turned history author.

I have mentioned Simmonds’s book “ECHOES OVER THE PACIFIC: An overview of Allied Air Warning Radar in the Pacific from Pearl Harbor to the Philippines Campaign” (Doc Link) on Chicago Boyz before. According to page 17 of Echos, the US Army received the following radars in “Reverse Lend Lease” from the Australian government.

* “Valve” is Anglo-Australian for vacuum tube.

The on-line Pacific War encyclopedia lists 300 Canadian built SCR-602 as having been deployed in the Pacific.

Using Anglo-Australian Radars
The LW/AW Australian radar was a key element of MacArthur’s “Tri-phibious” (Air-Sea-Land) power projection fighting style throughout both the Buna and Huon Peninsula campaign portions of the fighting in New Guinea. The LW/AW radar could be air landed, transported by landing craft over beaches and often was used in picket boats based on USAAF air sea rescue boats and US Navy Landing Craft Tank (LCT). Many of MacArthur’s early ‘shoe string’ landings in New Guinea were covered by RAAF LW/AW radars clandestinely deployed onto off-shore islands by PBY sea plane or small boat days before amphibious landings. Gen. Whitehead, Kenney’s chief “advanced echelon” Air commander, would not commit his airpower without radar coverage from a LW/AW (page 160 Echos) in the Markham Valley operation. Several of the most advanced versions of the LW/GCI would have been included in the cancelled Operation Olympic landings in 1945! 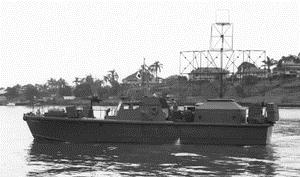 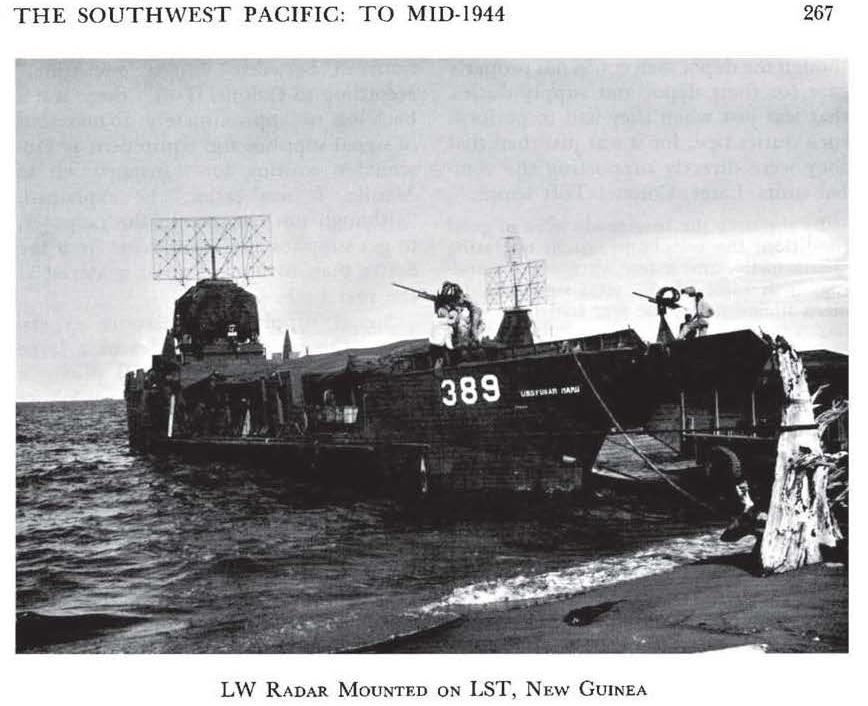 The SCR-602 changed SWPA radar tactics when it arrived in 1943 as it could be rapidly deployed on the first day of an amphibious landing, but lasted only a few days before the tropical heat destroyed its electronics. Those first few days required only enough warning to alert the anti-aircraft guns of incoming raids, which the SCR-602 did quite well. The pattern of deployment after the SCR-602 arrived was SCR-602 first, the LW/AW in follow-on deployment to fill the gap until the long range SCR-270 could be sited and made operational.

This light-weight-radar picket tactical style allowed MacArthur to protect his transports from Japanese air strikes in a way that the US Navy would not copy until late in the 1945 Okinawa campaign, under the hammer blows of mass Kamikaze Strikes. And it was a tactic that would have been the cornerstone of the Operation Olympic invasion of Japan.

In early-1944, the Australian LW/AW was showing its age. The Japanese were actively radio jamming and dropping radar decoys (chaff) for the 1.5 meter band radars. For reasons best known to the RAAF senior command, there were no technological improvements in the LW/AW in 1943 incorporating British microwave cavity magnetron technology in anticipation of this. Meanwhile, the US Army Signal Corps had been improving the SCR-602 with other microwave radar technology vacuum tubes it developed for just this event. So when MacArthur moved on to the Philippines, the LW/AW Mark 1 and 2 stayed behind.

A last gasp Australian radar development, the LW/GCI using Anglo-American SCR-602 electronics was used in the Borneo campaign, but missed American service via the good services of the atomic bomb causing the Japanese to surrender prior to invasion.

So ends another journey into “MacArthur Narrative Busting.”