China is a massive force in the global economy. According to Bloomberg,

And the USA? We are the third largest producer of raw steel, behind Japan, producing less than 15% of what China makes each year. 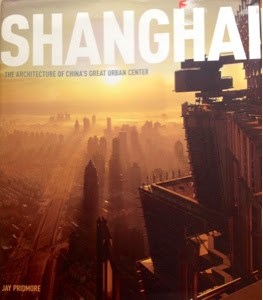 What does China do with all this steel? It produces a giant, modern nation with an enormous urban infrastructure. I recently bought this excellent book (a few years old, but it was $3.99 / used plus shipping) called “Shanghai: The Architecture of China’s Great Urban Center 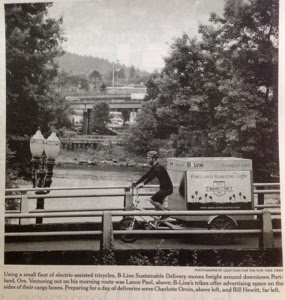 This article in today’s NY Times about a bicycle service that is thriving in Portland, Oregon due to its lower carbon footprint shows the “dream” view of capitalism held by those in the left in the USA.

However, while the bucolic bicyclist delivery driver making his rounds to fair-trade coffee shops seems like a worthy economic topic, it is in fact the opposite of efficiency when compared to the real-world efforts in China which dwarf our physical economy components. The US can compete in services and in software but we are getting blown away in the physical world which China’s steel production and immense cities sprouting from the ground show clearly.

The small-scale craft economies have an absolute place in the world, but there also is room for world-class efficiency which only can come from large-scale investments in steel, construction, and advanced building techniques, which also include time-to-market. The US is losing our ability to compete in these spheres while the Chinese continue to innovate – the evidence of which is all too visible for anyone traveling through their new cities when compared to their US counterparts.

12 thoughts on “Efficiency, Effectiveness and Power”