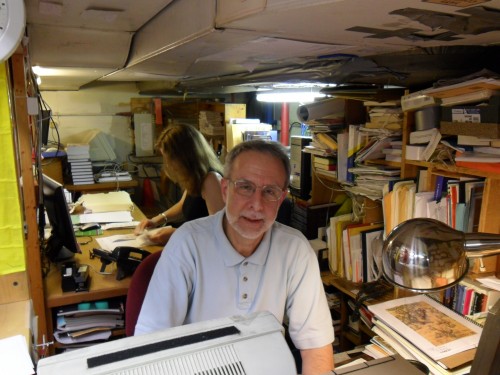 The Seminary Co-op is the best bookstore there is. And Hyde Park is where the best book store there is belongs. I have been a regular and a devotee since I first set foot in the place 32 years ago. When my own book came out I talked to Jack Cella, whose name I did not know, but he knew mine! We had been chatting on and off for 32 years, of course. He made sure they had America 3.0 on the shelf. Seeing my book on the shelf at the Seminary, in the very shadow of my alma mater, the University of Chicago, is the single proudest moment I have had as a published writer. I felt somehow I had come full circle.

End of an era: Farewell to Jack Cella

“Most everyone that I interviewed for the project, not only identified the Co-op as being the physical embodiment of the life of the mind and the ideals that the University of Chicago strives to create and encourage, but they also strongly identify it with Jack himself,” Doherty said, adding that, “for many, Jack kind of is the Co-op.”