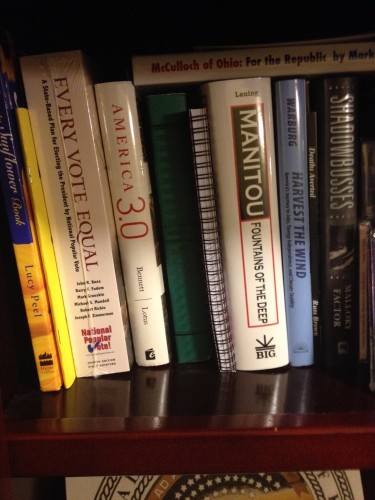 Governor Sam Brownback has come in for a lot of flack for his tax cuts in Kansas.

The usual unholy alliance of Democrats and so called moderate Republicans, meaning they spend almost like Democrats but not quite, is against Brownback on this effort.

A recent article in the Wall Street Journal entitled Why Liberals Hate Kansas: Sam Brownback’s tax cuts must be discredited before they succeed provides a more believable picture of what is happening. There is the usual nonsense about purportedly savage cuts to educational spending, that actually increased, etc. RTWT.

As the WSJ notes:

Mr. Brownback has led the movement for tax reform, which has been taken up by Republicans in Oklahoma, Missouri, Ohio, North Carolina and Wisconsin. Liberals are trying to stop the trend from spreading by predicting catastrophe. They’re afraid people may soon be asking what’s right with Kansas.

Meanwhile, a reliable source tells me the picture above is from Governor Brownback’s office.

I am pleased to see he has a copy of America 3.0: Rebooting American Prosperity in the 21st Century-Why America’s Greatest Days Are Yet to Come.

I hope our vision of a renewed America helps to encourage him to stay the course on the tax cuts and tax simplification.

Be strong, Governor. You are on the right track. 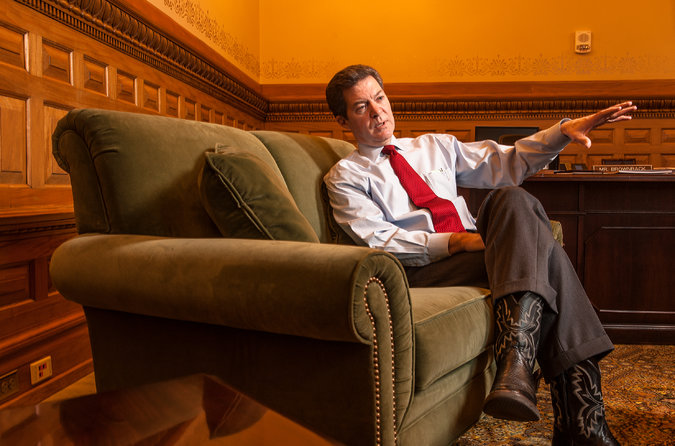 1 thought on “Governor Sam Brownback has a copy of America 3.0 in his Office”