In April I travelled to Italy. We landed and took off from Florence. I was astonished by the beauty and cleanliness of Florence, at least in the places we visited near downtown and in the hills above the city.

While in Florence the size and scale of Il Duomo is staggering. I recommend reading in detail about the construction of this amazing cathedral since it took centuries and was extremely complicated and advanced for its time. 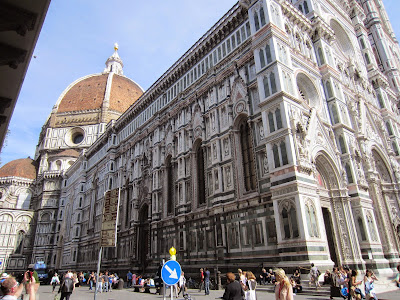 As a layperson however I was amazed at the facade and its beauty. 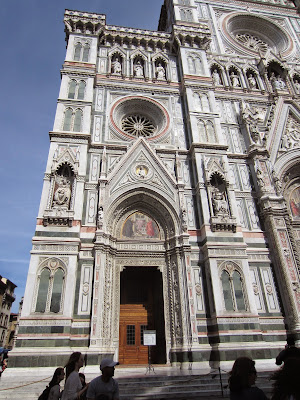 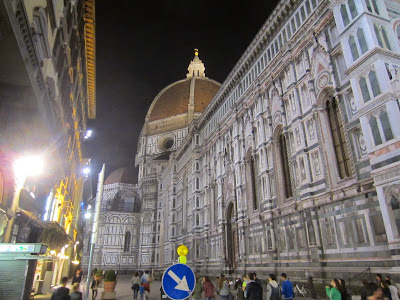 At night the views were spectacular, as well. The entire city seemed to gather near the cathedral with vendors, tourists, and students mingling and having fun.