Recently I wrote about the impact to the cable industry that is coming in the form of Microwave Fixed Wireless here. 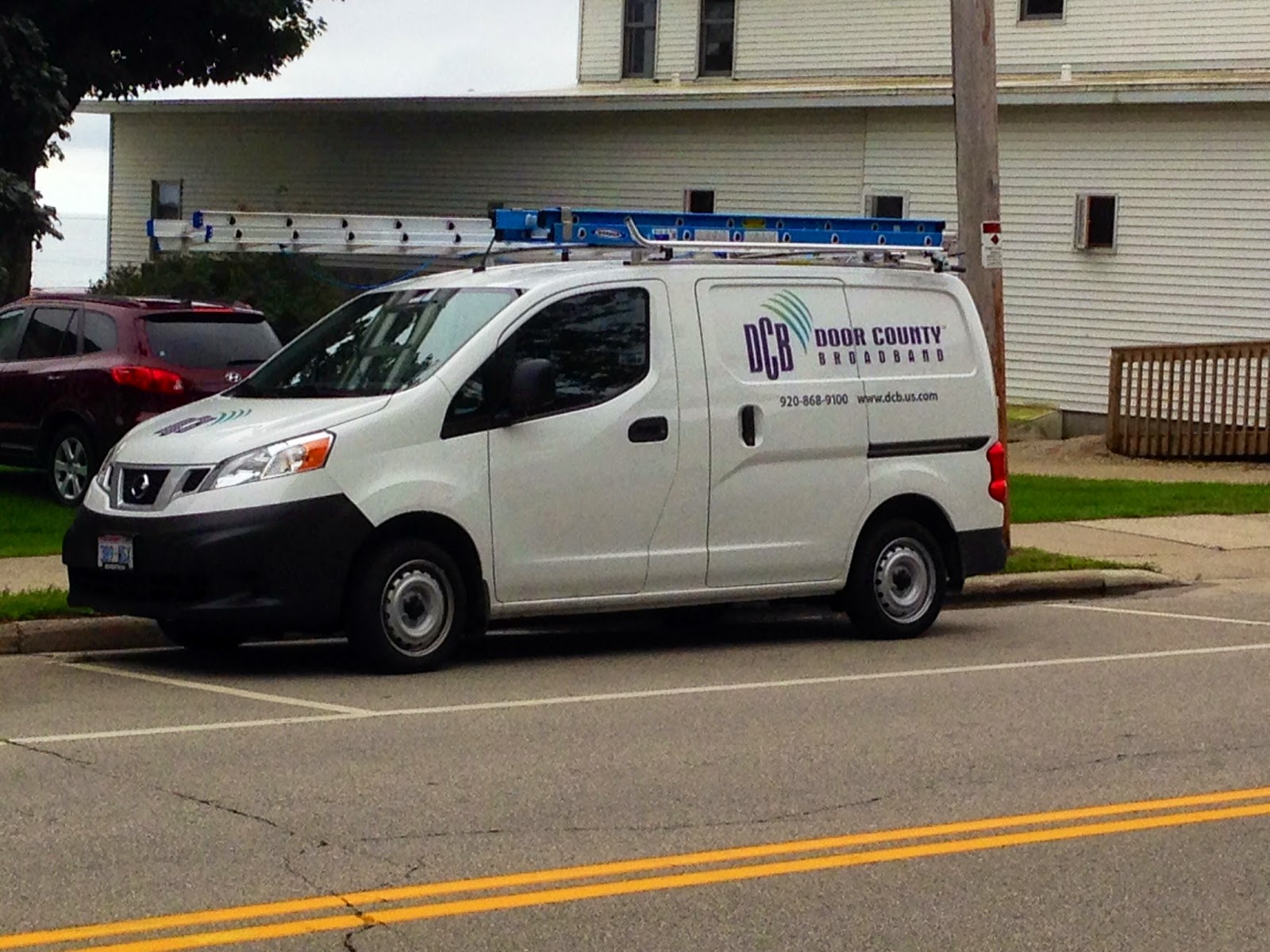 While on vacation in Door County I noticed a small store front office in Bailey’s Harbor for Door County Broadband. The first thing I thought of is how would a company like this operate out of a small storefront with just one truck (parked outside)? Then I realized that this firm is the local upstart providing Microwave Fixed Wireless against the incumbent phone / cable company in that region, Frontier. Unlike the local phone / cable company (who really are one and the same nowadays), you can run a microwave fixed wireless broadband company with few employees because you don’t have to pay for all the same physical infrastructure (telecom poles, physical connections) when you are doing a wireless model; you just need to 1) get the physical infrastructure (towers) in place and then 2) hook up the dish in the homes and point it at the tower. This model needs far fewer “boots on the ground” than the traditional model.

While researching this further, I came across this document called

This document is clearly biased in favor of the upstart fixed wireless providers, but has many interesting and sourced facts about the industry and is highly recommended reading.

While wireline and mobile wireless carriers focus on regulatory gaming and manipulation of the Universal Service Fund to benefit their bottom lines, many Americans are left without access to broadband services because they reside in places that are deemed to be unprofitable by traditional carriers. Even more Americans have substandard or overpriced broadband access and no alternatives for obtaining better service because of the lack of competition in the broadband market. It is clear that the current system is broken, and the absence of competition, abuse of USF and the lack of access to critical network facilities for competitive entrants puts our nation into a position of disadvantage compared to other OECD countries.

Fortunately, a solution for many of these broadband issues already exists and a rapidly growing segment of the country is able to take advantage of broadband services provided by fixed wireless broadband providers. Fixed wireless broadband providers, also known as WISPs (short for Wireless Internet Service Providers) utilize fixed terrestrial wireless (FTW) networks to deliver broadband to unserved and underserved areas of the country, rural and urban, providing badly needed access to broadband in many areas and the competitive pressure to keep prices low in places that are already served by existing providers. The majority of WISPs are privately owned, locally focused and entrepeneurial operations that expand into areas that either do not have broadband or do not have good choices for broadband service. The best way to improve broadband access to unserved and underserved populations in the US is to foster the development of smaller independent providers that can quickly address the needs of their communities using the most efficient technology available.

There is a significant amount of truth to this story. The government forces transfers from the incumbents to those tasked with providing broadband to underserved areas of the country, and the result is still poor service and high prices to those less-populated areas. Like most things in this world, subsidies and government intervention breed a lack of innovation, high prices, and poor services, while the most important task is to maximize paperwork and handouts.

When you start to research the net effect of 1) growing competition in the hinterlands provided by these upstarts 2) the cherry picking of high end residential buildings in major cities you can see a potential 1-2 punch for the incumbents. Right now it is a long way from critical mass and today it is still not common for people to “cut the cord” and get all their programming from Netflix / Hulu and other online sources, but every day those options become more viable. This is definitely something to watch.