When I was first starting out as an auditor I worked in Wisconsin at an electric utility. In your initial jobs as an auditor you were given the least interesting assignments, such as plant accounting. Assets like generating plants don’t usually change much in value from year to year so reconciling the plant assets was a job for the lowliest accountant.

At the time the records for this plant were kept on what we called “13 column” yellow paper. I never thought about it until today but 13 columns was obviously chosen so that you had 12 individual months plus a thirteenth column for totals. The client’s records were partially computerized but some items (such as the plants built in the ’70s) were done manually. 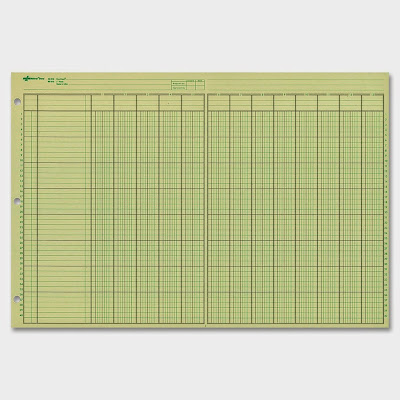 The guy who ran plant accounting was old, irascible, and disliked a young kid like myself who asked a lot of questions. They also were frustrated because ever year a new guy (or girl) took a look at the plant accounting records, since it was an entry level job, so they had no continuity and had to re-explain everything (badly) each year.

He did the records in pen for some reason and I kept finding mistakes. At the time you added up everything manually with a ten-key like this and I could just type in huge columns of numbers with the paper total in a flash without looking, which is a skill that hardly comes in handy today. 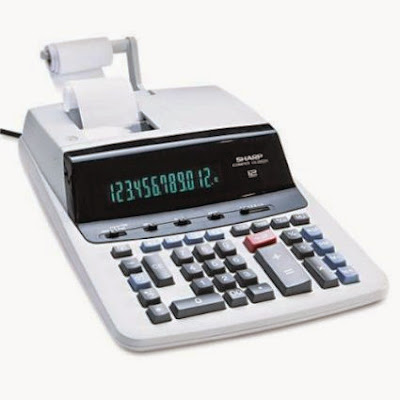 Since he did the records in pen, how he would fix mistakes is to put liquid paper over the errors and then re-enter the correct numbers on top of the flaky goop left behind. You need to realize that when you make a mistake in a row, the totals at the bottom are wrong, and the totals on the end are wrong. Pretty soon half the 13 column sheet was liquid paper with pen carved through it. Not only that, but at night you folded up the 13 column paper to fit it in a file, so there were crumbs everywhere and if it wasn’t fully dry that made an even bigger mess.

And got up and walked away. I was slightly astonished by that.

In parallel I noticed that around 3:30 every day, a lot of the accounting and finance people stood sullenly in line. They stood there, not talking much, until around 4pm. They stood right in front of a time clock punch out machine. I was making fun of them like an obnoxious 20 something would do and asked if they were in a union or something and my co-worker shushed me and said that they were in a union.

Oh, then it all made sense (to me at the time). The ancient, non-automated systems. The way in which questions were met with grunts and answers that were designed to make me go away instead of really answering the questions. But since I was so persistent and naive in assuming that they actually wanted accurate financial results they couldn’t get rid of me and I kept finding errors which likely made me even more hated.

One of the senior managers in the accounting practice for the firm I worked with said that in the ’80s or late ’70s there was a push to unionize accountants even at the Big Eight (now Big Four) firms. He said we were all wage drones and it made some amount of sense to him. I was astonished but didn’t have an answer for him.

Another time at a different utility in Washington State everyone complained about their cubes all day long. The cubes faced the wrong way, the layout was terrible, and of course they were some garish color out of the ’70s in beige and green. One of the managers (a really good and smart guy) was a farmer in addition to being an accountant, so one morning he got in super early (when a farmer probably wakes up), brought some custom wrenches he had, and just re-did all of the cubes before everyone got into work so the layout was way better. For a minute I was elated and then I knew it was going to be a problem. The union guys came down and said that no one is authorized to do anything like this without bringing in the union and it caused an uncomfortable situation. I don’t think you could carry or move anything anywhere in the building without the union guys doing it.

Since utilities are and were heavily regulated and basically a tax on consumers, these sorts of practices were OK back then because they just passed on all the costs to the consumer and then earned a profit based on what they spent (capital). The utilities have long since deregulated and been passed into more rigorous hands (Warren Buffet owns a lot of them) and merged many times over so I’d assume that many or most of these sorts of practices are long gone.

But back in the day it was wise to just put up with the union guys since they weren’t going anywhere and as auditors we were only onsite for a few weeks at a time and then it was time to pick up and move to the next client. I was not wowed by the service sector union productivity that I saw in these sorts of clerical and basic analyst jobs, and this was borne out for me in subsequent work in the governmental sector.