Netatmo is a personal weather station that you can buy which is wifi connected and “joins” the netatmo network worldwide so that your information contributes to the grid of stations. I wrote about my experience in detail here.

Here is what Netatmo looks like on your phone – you can see the temperature inside and outside your house (it is also connected with weather alerts) and if you turn your phone sideways you can also graph data along many time series. I find it to be very cool and check it a lot on my cell phone or ipad when I am bored and want to kill some time. 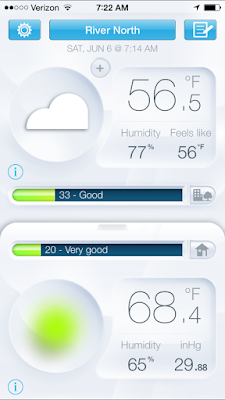 I started looking at the Netatmo weather map on my phone and it also becomes a visual map of wealth and technology adoption in Chicago. While you can’t see all the individuals who might buy an iWatch on a map, the Netatmo weather station becomes a clear signal and it is tied to a clear physical location. Note that when you “drill in” to the map you will see many weather stations in an area such as River North – however if an area is devoid of stations entirely it comes up blank. And there’s Chicago! You can see the stations in the north side, a completely barren west side, and a mostly barren south side, except for the dot along the lake which represents Hyde Park. 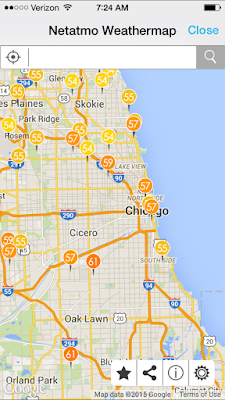 Here are the west suburbs – you can see the void off I290 which is the west side of Chicago and then the suburbs to the west and southwest are covered with weather stations. The north suburbs are also densely populated with Netatmo weather stations, as well. 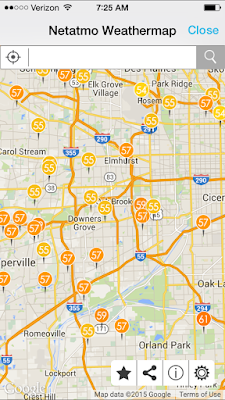 On the other hand you have the south suburbs, which are generally far less wealthy than their counterparts to the north or the west, along with the edge of northwest Indiana, and you see a paucity of weather stations. 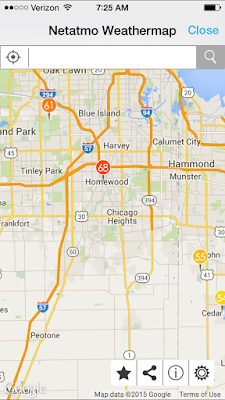 To some PHD student somewhere working on a thesis on wealth in Chicago – here is your answer! Use the Netatmo map as your guide… it is likely almost 100% correlated with what you are looking for.

6 thoughts on “Use of Netatmo to Measure Wealth in Chicagoland”